Summer hats for your consideration 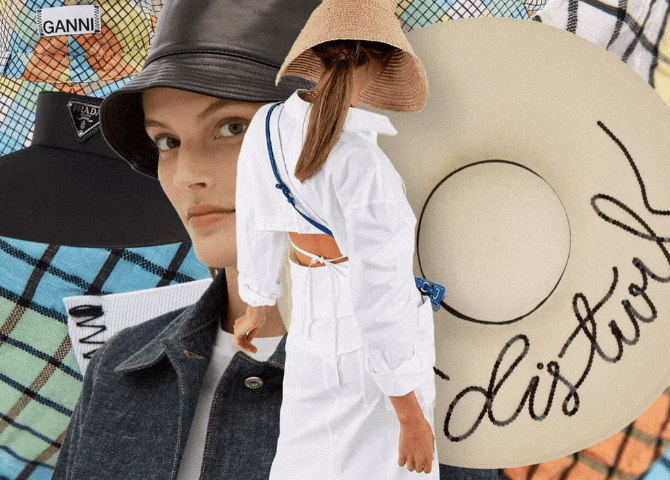 The finest form of sun protection there is...

We know hats can sometimes seem a bit de trop for the less flamboyant among us, however – alongside SPF – a decent hat will shield your precious face from UV radiation (which is as evil as it sounds) like nothing else. You could certainly also just flee to an underground bunker daily at dawn, but a complete dearth of sunlight might make you susceptible to rickets and therefore that’s not a method of sun protection we condone. Besides, after days upon days spent in lockdown, who doesn’t want an excuse to wear a veritably outdoor accessory?

For something that’s as practical as it is pretty, we recommend this waterproof broderie anglaise hat from Maison Michel.

One having recently featured in an episode of RuPaul’s Drag Race, Jacquemus hats now have a definitive place in popular culture.

A Loewe leather bucket is a perfectly acceptable hat for winter too.

Could this be the hat version of that infamous Zara dress? At £218, probably not. And that’s why we like it.

EUGENIA KIM SUNNY DO NOT DISTURB HAT, £400 AT HARRODS

This will prove especially useful when you’re on holiday trying to read BURO. in peace.

Lock Hatters has existed for centuries, but our summer favourite of theirs – the Brigitte – is a relative newcomer.

Ganni’s day in the sun continues with this patterned hat.

What would a feature on hats be without a baseball cap?