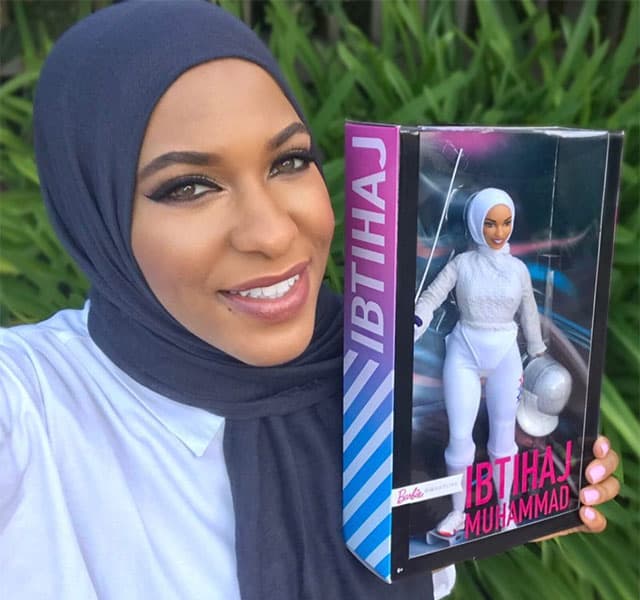 A boundary-breaking Barbie can now sit pretty on your shelves...

Ibtihaj Muhammad has gained immense success since making Olympic history in 2016 (she was the first US Olympian to compete in a hijab). Since then, the Muslim-American has made it onto Time‘s 100 Most Influential list, fronted Nike’s game-changing Pro Hijab campaign and even announced the release of her very own Barbie doll.

Now, the Mattel must-have has officially hit the shelves and you can get your very own hijabi Barbie in the form of the fencing champion.

Marking Mattel’s first ever creation with a hijab, the Barbie launch was celebrated by the Olympian, who announced the news via Instagram with a post that said: “She’s finally here! I’m happy to announce that you can now have your very own Ibtihaj Barbie doll starting today!”

The barrier-breaking doll features the athlete’s own figure and a strong eyeliner wing. Explaining the importance of the eyeliner, Muhammad told People magazine: “I like to think of my eyeliner as a shield of power. I not only wear it to the grocery store but I also wear it to compete. I wore it to the Olympic games, so I wanted my Barbie to have the perfect winged liner and also to wear a hijab.”

Now, take a look at the other inspirational Barbie dolls released for International Women’s Day earlier this year.