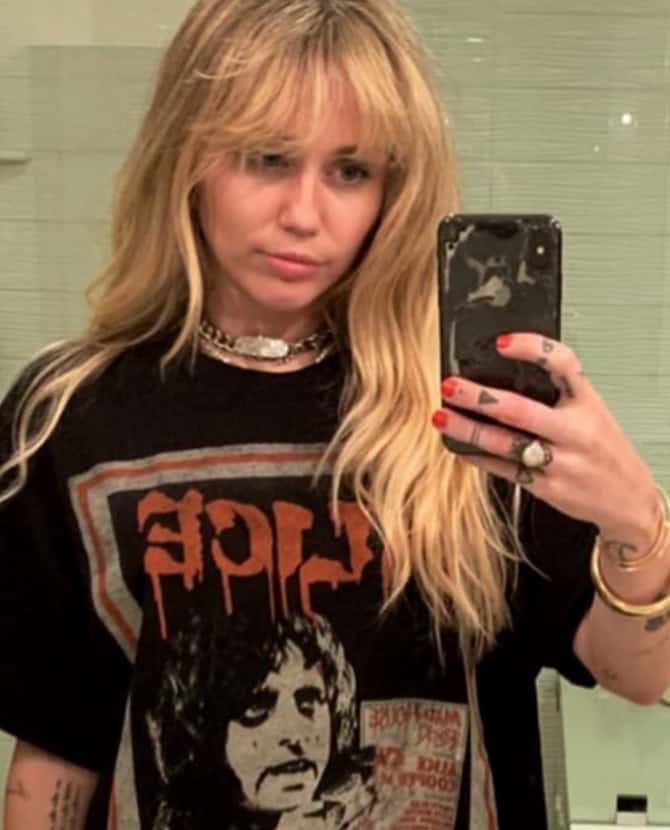 The singer and former Disney star got her hair cut to look just like Hannah Montana. Let's discuss...

Now, usually as we mature in age, so do our tastes. Ask any woman what she misses about her youth, she’s unlikely to reference her mishapen fringe or liberal use of eyeshadow. C’est la vie though, we all learn from our past beauty blunders and evolve, right?

Miley Cyrus on the other hand, has a very different take on the matter.

The former Disney star and at times controversial singer, has just gotten a haircut to look just like Hannah Montana – the Disney character she played from 2006-2011. Cyrus, who recently got married to Liam Hemsworth wearing Vivienne Westwood, could have gone for any new hairstyle she wanted (and she’s had a fair few in her lifetime) but instead she went back to familiar territory, and is rebelling in reverse, if you will.

After visiting the Sally Hershberger salon in LA, she went onto her Instagram Stories and said, “You know guys it was so hard going back and forth I just decided to be Hannah forever.”

Clearly, it was a choice she stands by as she was seen taking selfies and videos from the salon chair. And then on her way home she proceeded to sing some hit songs from the series including, Best of Both Worlds.

Well, it might not have been a choice we would have made on her behalf but the woman is rocking it. You do you, Miley…

Now, find out which former Fashion Editor is going to be Kate Middleton’s stylist.