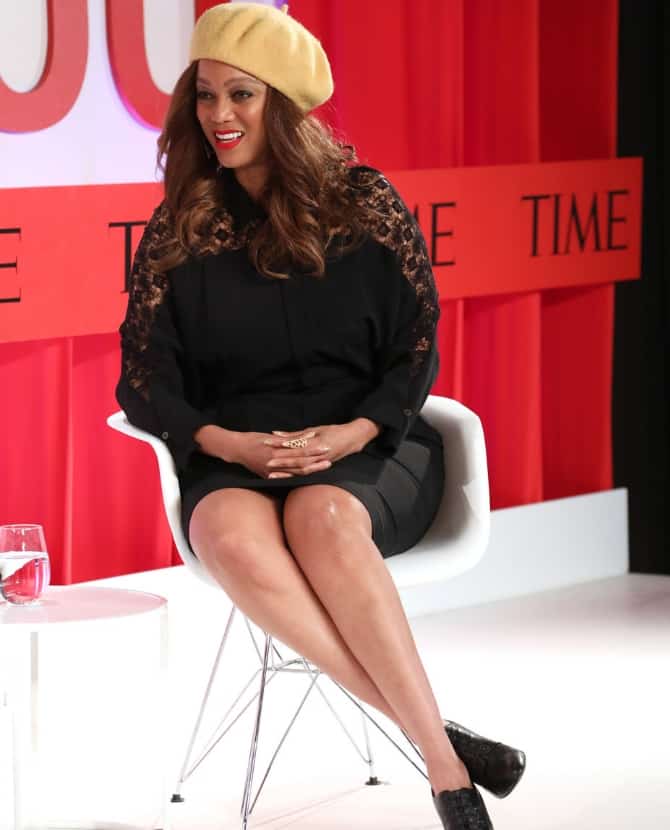 Earlier this week, Tyra Banks, the supermodel turned entrepreneur behind the hugely popular, America’s Next Top Model sat on a panel at the Time 100’s inaugural summit in New York.

And on it, she spoke. She spoke so much truth for women of colour – something she has always been very vocal and passionate about.

According to WWD,  Banks told the audience that not only is it important for her to hire women, but that her team needs to “understand it’s important to hire women of colour,” she said, championing diversity in the workplace. “I have that extra layer that is very specific for my team right now.”

On the panel, she recalled her struggles in the modelling industry, too, when she was asked to lose weight when she first started out – so her mission to change the narrative is definitely coming from a good and relevant place.

Recalling that she had to ‘change’ and eat less, she said, “My mother showed me this list and I started to cry. I said ‘Mom I’m going to starve. I’ll eat salad all the time and I’ll run around the block constantly.’ And she said ‘No, you know what we’re going to do? We’re going to go eat pizza,'”she told the audience.

Beyond the panel, Banks has a very exciting venture in the pipeline. This year she is launching Modelland, a 21,000-square-foot, ticketed attraction creating a fantasy version of the modeling world, at Santa Monica Place shopping mall. According to Banks, visitors will get to “be the dream version of themselves” through interactive entertainment, curated retail and user-generated content that can be shared.

Here’s to Banks changing the perception of beauty and industry standards..!

Now, three guesses who is the most followed person on social media.