Too cute: Meghan Markle and Prince Harry had a date night at the theatre 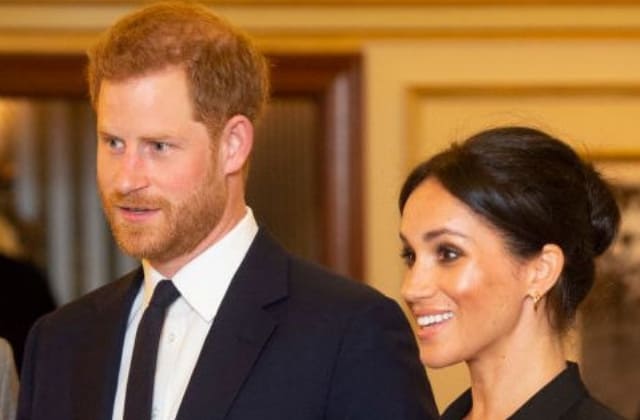 The royal couple are making the most of their time together before they become first-time parents. So, they decided to go on date night at the theatre...

It’s not long now before the Duke and Duchess of Sussex welcome their first-born child. And like any couple who are soon-to-be parents for the first time, they’re making the most of their time together.

And after a string of duties between them (Prince Harry was in Norway, Markle was in New York and then they were both in Morocco just recently) they’re finally on home turf in the UK preparing for Markle’s April due date.

But before that, the couple have some quality date nights to enjoy. Which they definitely did on Saturday evening when they made their way to London’s West End to watch Tina: The Musical – based on the life and music of pop legend Tina Turner. According to royal commentator Omid Scobie, the couple “thoroughly enjoyed themselves” after making the impromtpu decision to go and see it.

As you can imagine, the musical’s cast and crew were equally buzzed by the royal drop in, taking to their Instagram account to thank the couple for attending.

Also, the show’s star, Adrienne Warren, who was personally selected by Tina Turner, confirmed with event with a Tweet: “They said they’d come and they did! Thank you to the Duke and Duchess of Sussex. It was an honour to have the opportunity to perform for you again!”

Well, sounds like the perfect date night to us.

Now, watch Victoria Beckham reveal her tongue-in-cheek side in this teaser trailer.