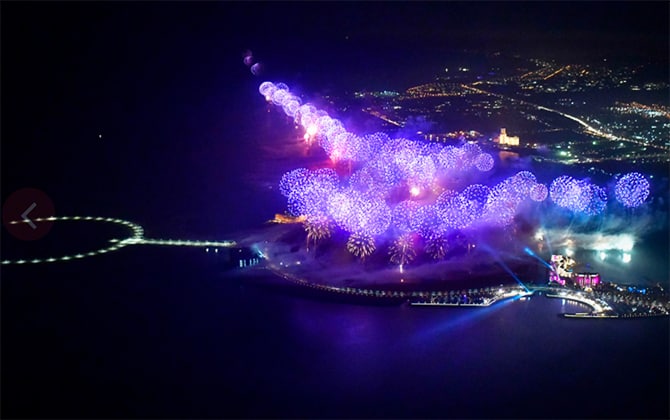 Whilst we all know that the UAE is home to one of the world’s best firework displays, this year’s spectacle was perhaps one of the best ones yet.

RAK broke not one, but two, world records on New Year’s Eve. It earned itself the Guinness World Record for the longest chain of fireworks and the longest straight line of fireworks.

According to Time Out Dubai, Abdulla Al Abdouli, Managing Director & CEO of Marjan, said: “The spectacular event highlighted the reputation of Ras Al Khaimah as the must-visit destination for celebrating the New Year’s Eve. With visitors arriving from across the world, the event served to highlight the touristic appeal of Ras Al Khaimah and to position it as a fast-growing leisure and commercial hub in the region.”

Now, take a look at the five healthy habits to adopt in 2019.