One giant leap: The UAE announces its first two astronauts

We have lift off
September 4, 2018
Maddison Glendinning 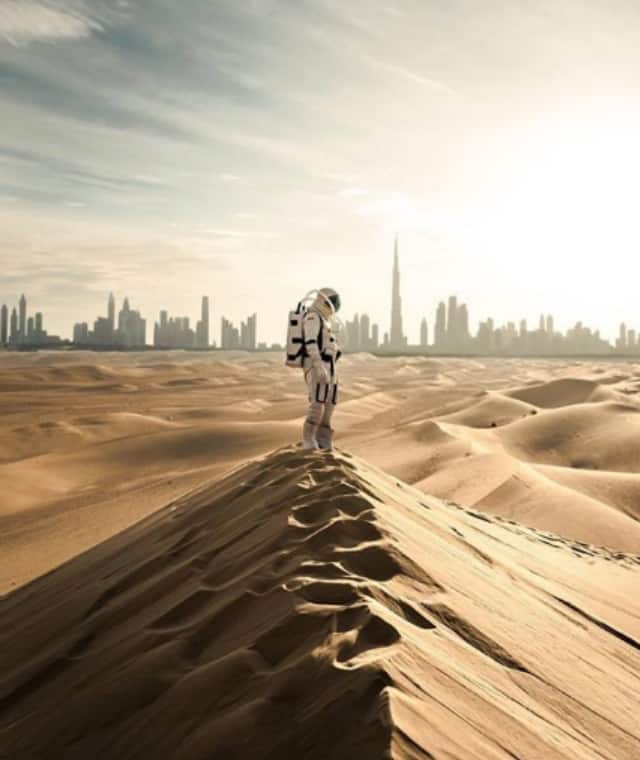 Back in June, Sheikh Mohammed bin Rashid Al Maktoum announced the UAE’s plans to head into space. The government opened applications to all Emiratis who wished to try out for the program which would see the first Emirati astronaut at the International Space Station by April 2019.

A shortlist of 90 applicants (out of 4,000 who applied) was being reviewed at the time of the announcement and now, the two finalists have been revealed.

Overnight, Sheikh Mohammed took to his personal Twitter account to announce that Hazza Al Mansouri and Sultan Al Nayadi, both of whom are from Abu Dhabi, are the chosen two who will now undertake training in Russia in preparation for the flight next year (however only one will ultimately take the flight). He wrote, “Hazza and Sultan represent a new stage for the UAE youth and raise the aspirations of new generations after them. Our dreams embrace space and we are proud of our youth and our future is based on a solid scientific foundation. We have the only Mars probe programme in our region; our satellite industry has realised its full potential; we have UAE astronauts; we have a space industry worth Dhs20 billion, and we have aspirations without limits… When given the opportunity, Arabs can reach for the stars.”

We announced today our first astronauts to the International Space Station: Hazza Al Mansouri and Sultan Al Nayadi. Hazza and Sultan represent all young Arabs and represent the pinnacle of the UAE’s ambitions.

Congratulations to the people and youth of the Emirates pic.twitter.com/UNqRXdtsjS

His Highness Sheikh Mohamed bin Zayed Al Nahyan, the Crown Prince of Abu Dhabi and Deputy Supreme Commander of the UAE Armed Forces, also released a statement saying, “As space has no limits, there are also no limits to our ambitions to accomplish greater achievements for our country.”

According to the Khaleej Times, “Al Mansouri is a military fighter pilot with 14 years of military aviation experience. In 2016, he qualified to be an aeronautical pilot and now pilots an G-16B60 aircraft” and “Al Nayadi has a PhD in Data Leakage Prevention Technology from Griffin University in Australia, as well as a Master’s degree in Information and Networks Security from the same university. He also has a Bachelor’s degree in Electronics and Communication Engineering from Brighton University in the UK.”

In order to be named as the two finalists, both men went through six rounds of testing, including medical, physical and psychological, and interviews done in cooperation with NASA.

Now, find out more about the global space conference that will take place in Dubai next year.