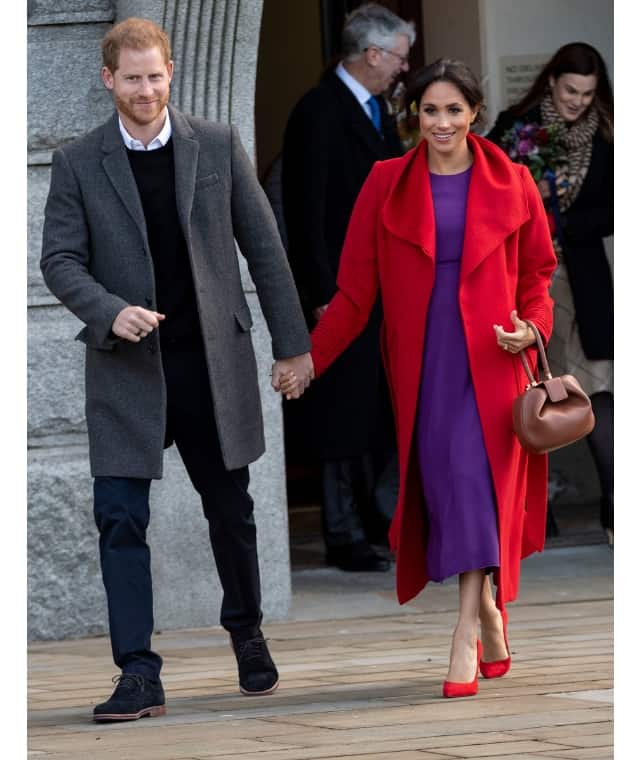 The Duke and Duchess of Sussex have just stepped out on their first joint engagement of 2019...

Just last week, Meghan Markle was handed her first patronages by the Queen and on the same day that they were announced, the newest royal made her first outing for 2019 to visit SmartWorks, one of the charities she is now overseeing.

Now, the Duchess has stepped out his husband Prince Harry for the pair’s first official joint engagement of the year. The pair are in Birkenhead, Merseyside to visit Tomorrow’s Women Wirral, an organisation that helps vulnerable women secure employment and find support groups for various issues they may be facing. Following the stop here, the pair then visited Hive, Wirral Youth Zone, to see the youth facilities created to provide a safe space for teens before a public meet-and-greet and attending the unveiling of a new Wilfred Owen sculpture. During the meet-and-greet, Meghan revealed that she and Harry don’t know the gender of their baby as they’d like for it to be a surprise.

Meghan, who also confirmed she and Harry will welcome their first child in April during the outing, chose a vibrant ensemble for the day’s event, opting for a bright red Sentaler coat (which she first wore in brown to her first Christmas church service in 2017) and a purple dress from Babaton by Aritzia — both of which are Canadian brands. She accessorised with a brown Gabriela Hearst handbag and red pumps. 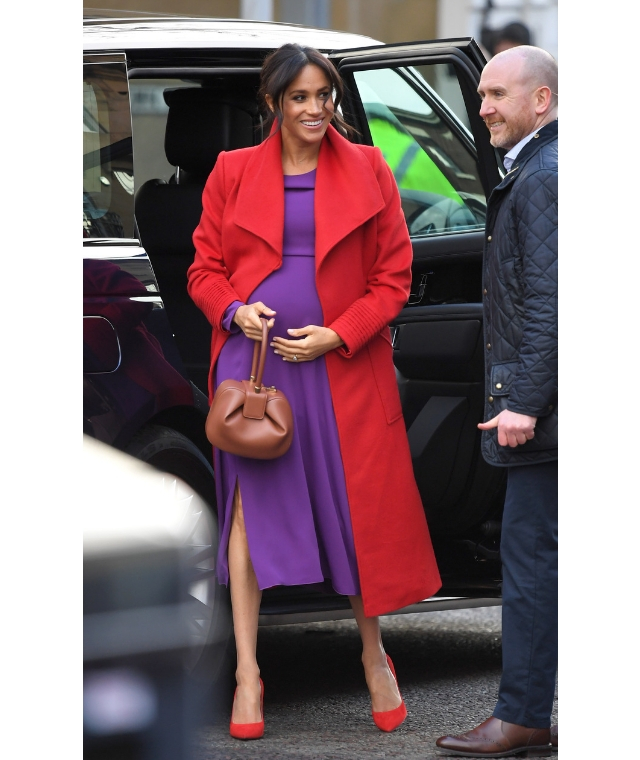 The Duchess also has another appearance scheduled for this coming Wednesday — she will appear with Prince Harry once again to watch Cirque du Soleil’s TOTEM at the Royal Albert Hall for Sentebale, the Duke’s charity — proving pregnancy is far from slowing her down.

Now, find out where the Duke and Duchess of Sussex will tour this year.