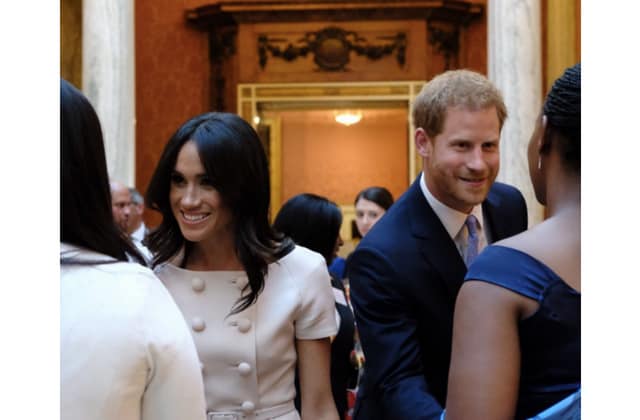 Prince Harry and Meghan Markle made their first appearance at the Queen's Young Leaders reception at Buckingham Palace...

Every year, Queen Elizabeth highlights the work of exceptional young people from around the globe at her Young Leaders Awards reception and this year she was joined by the Duke and Duchess of Sussex for the prestigious event.

The Queen Young Leaders Awards was first introduced in 2014 and this year marked its fourth and final year. Last night, this year’s 60 recipients (who came from 38 different Commonwealth countries) gathered at Buckingham Palace for the event. In addition to the royal family, David Beckham and model Neelam Gill were also present to support the young talent.

Prince Harry addressed the crowd at the event, saying, “It’s an honour to be here today to recognise and celebrate the Queen’s Young Leaders. The issues that all of you have chosen to take on are at the very core of some of the world’s biggest challenges — from tackling stigma around mental health to promoting gender equality and changing minds and habits in order to conserve our natural world — and you are all making a huge difference. You are the hope and optimism that the world needs and we will do everything we can to support you in that. I, together with my wife Meghan, look forward to convening young people around the Commonwealth, to hear your ideas, to work with you to build platforms for you to collaborate and form partnerships and continue to meet with many of you as we travel around for our work with the royal family.”

For the occasion, Meghan opted not to wear Givenchy (as she has done several times of late) and instead chose to wear a two-piece set by Prada. It was finished in her go-to soft pink hue and had a double-breasted closure at the front with a belt around the peplum hem waist. She also wore a handbag from the Italian label and shoes by Aquazzura.

See some photos from inside the event below… 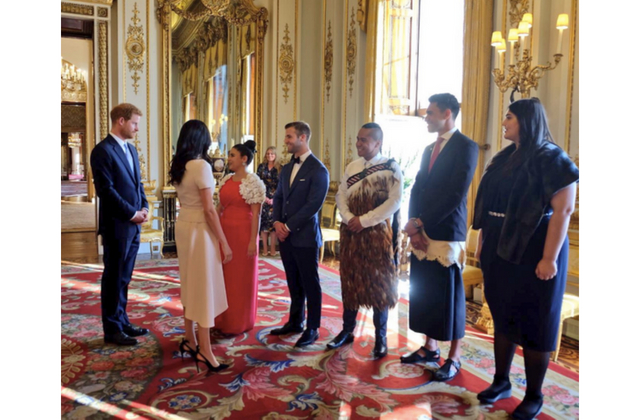 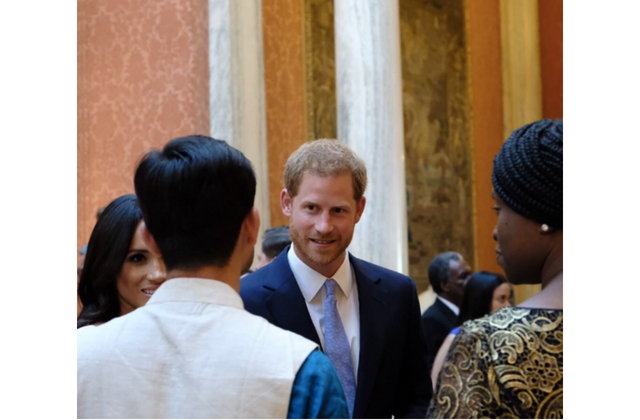 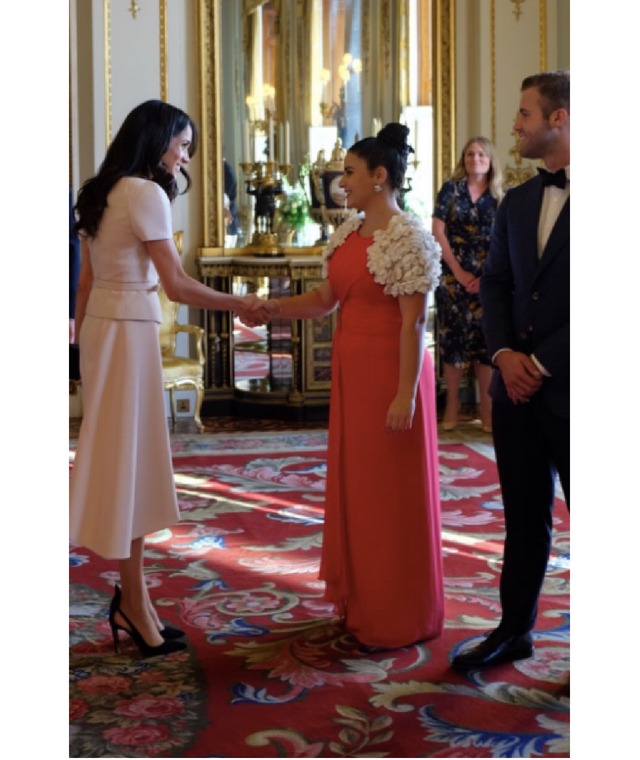 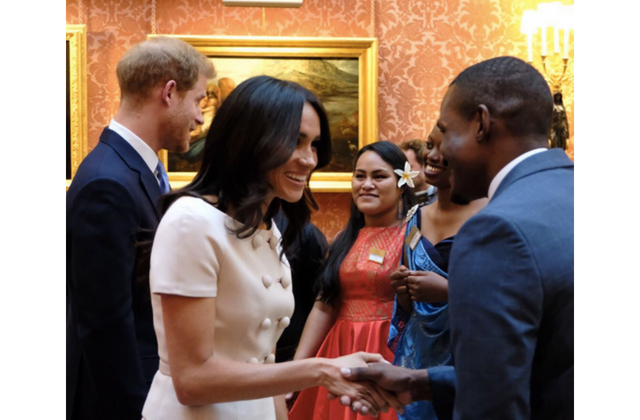 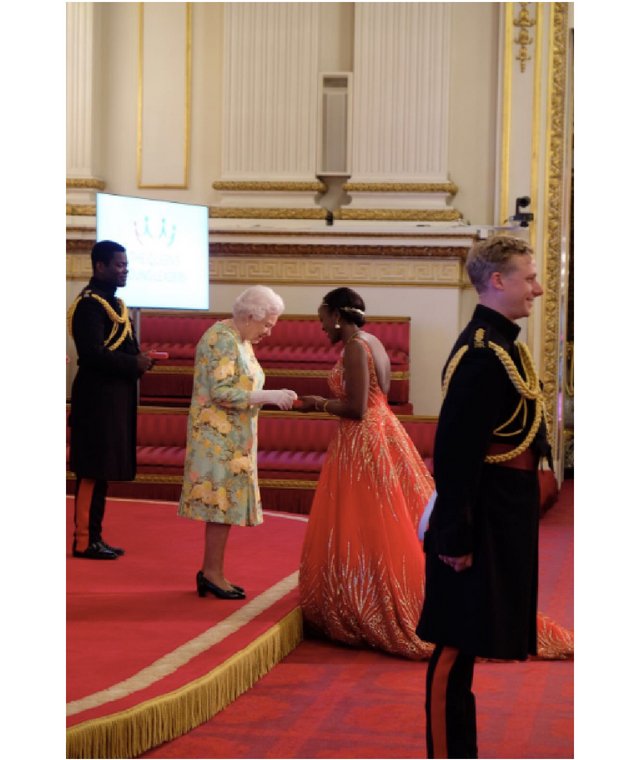 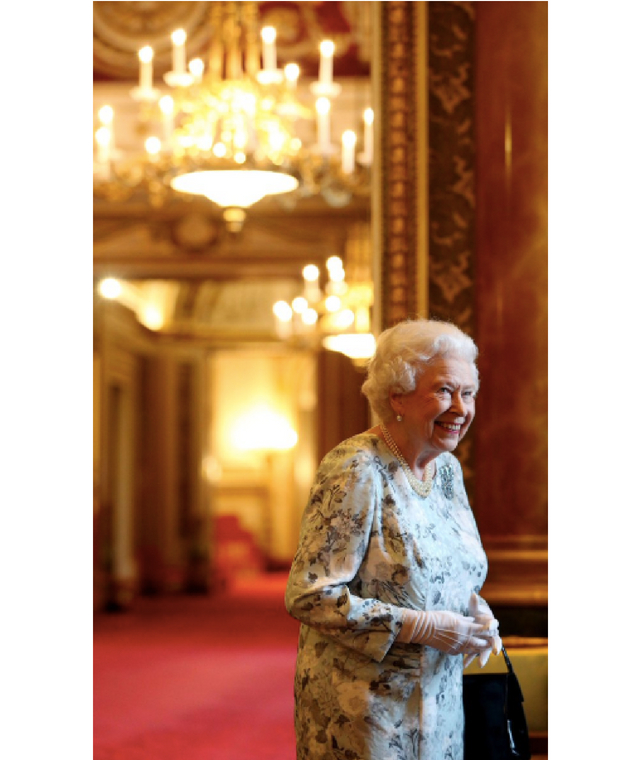 Now, find out how Meghan has made history as the first royal member of a royal family to be nominated for this award.