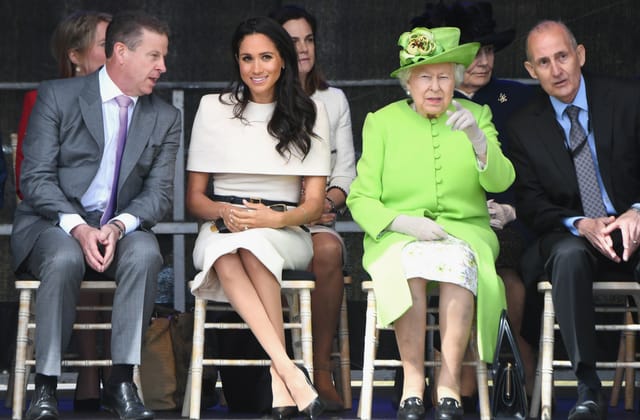 The Duchess of Sussex will spend the day with Queen Elizabeth today for a series of engagements in Cheshire - the first of which just took place...

It’s been just under one month since Meghan Markle married Prince Harry to become the Duchess of Sussex, and after a rumoured two-week honeymoon, both she and her new husband are being put to work. The pair appeared at last weekend’s Trooping The Colour parade and today, Meghan is appearing solo alongside the Queen for the first time.

Arriving in Runcorn via train (Meghan is the first of the royals to be invited on the Queen’s personal train, it is understood), Meghan and Queen Elizabeth are beginning the day by opening the Mersey Gateway Bridge at the Catalyst Science Discover Centre before visiting Storyhouse, a newly opened library and theatre that has attracted over one million visitors since it opened last year, and dining at Chester Town Hall for lunch.

For the occasion, Meghan opted for a cream belted dress by Givenchy (the second time she has worn the brand, the first was on her wedding day) that was elegantly finished with a caped shoulder.

See pictures from the joint outing below… 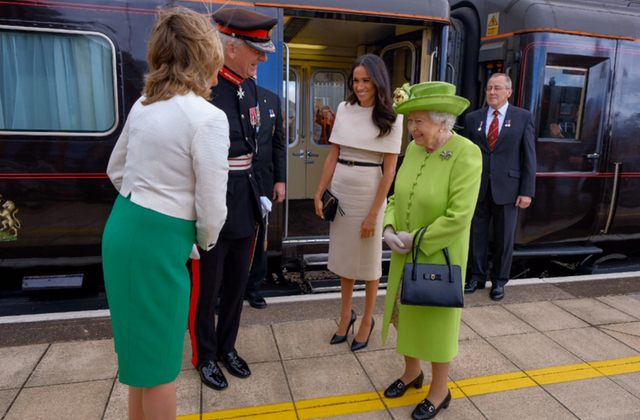 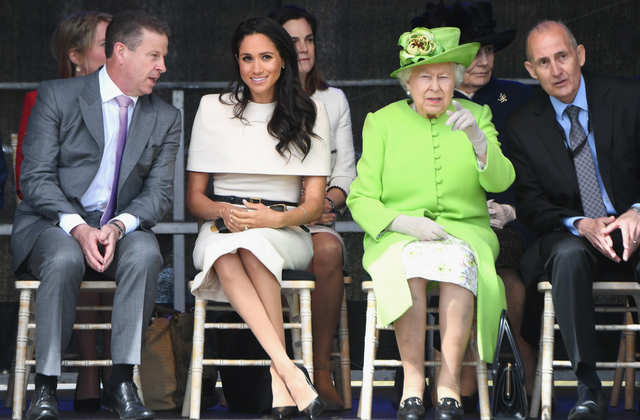 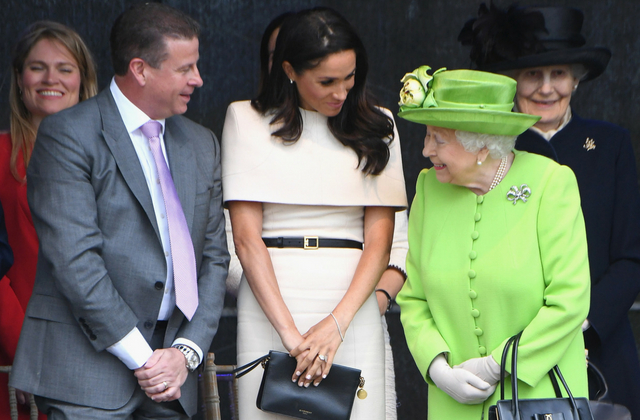 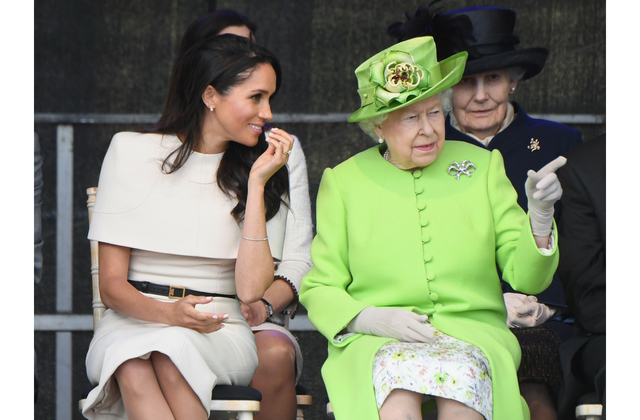 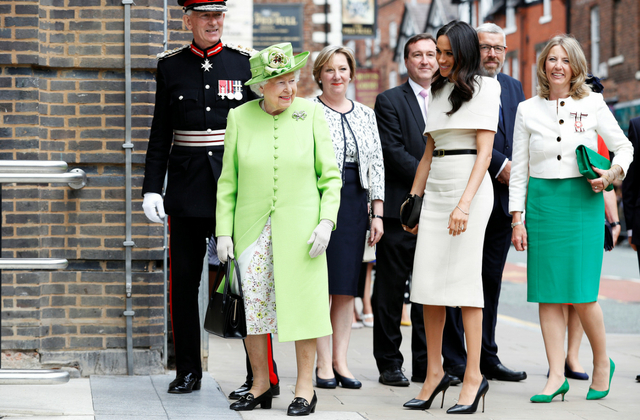 Kate Middleton‘s first solo outing with the Queen took place 10 months after she and Prince William were married in 2011, with many believing an outing of this nature so soon signals a huge vote of confidence from the Queen in Meghan’s abilities as a new royal.

Now, see how you can get your hands on Meghan Markle’s Stella McCartney wedding dress.