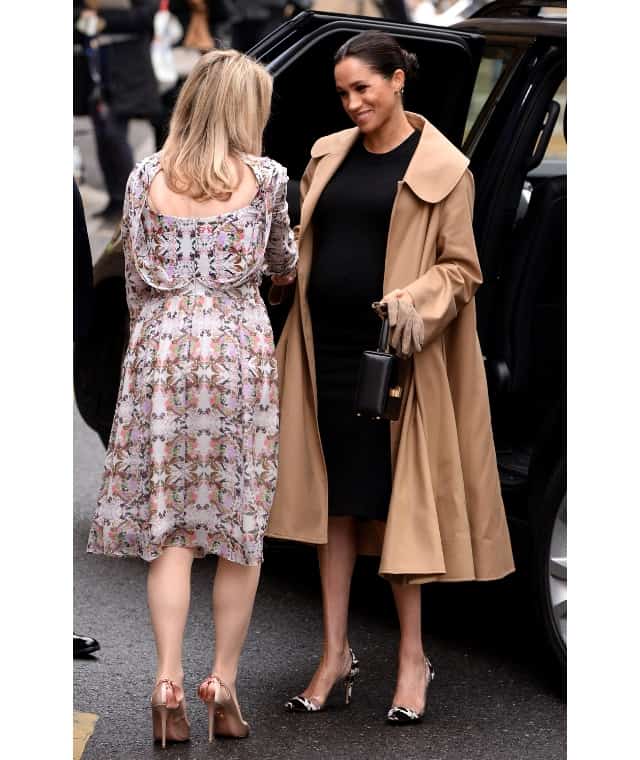 Meghan Markle is visiting Smart Works this afternoon after having been named as Patron earlier today...

Earlier this afternoon, it was announced that Queen Elizabeth had given Meghan Markle her first four patronages as a royal. Her Majesty is officially handing over the reins to The National Theatre and The Association of Commonwealth Universities (after overseeing them for 45 and 33 years respectively) and also named the Duchess as Patron of charities Smart Works and Mayhew.

According to the release, Kensington Palace described Smart Works as helping “long-term unemployed and vulnerable women regain the confidence they need to succeed at job interviews, return to employment and transform their lives.” The Duchess’ patronage reflects her ongoing commitment to supporting women having previously visited India and Rwanda to help mobilise women to reach their full potential.

During today’s visit, Meghan was greeted by Lady Juliet Hughes-Hallett, Smart Works’ Chair and Founder, who described the royal as “really hands-on and involved” with “a natural empathy with people” that helps “put people at their ease”. She wore a Hatch dress, Oscar de la Renta coat and Kimai earrings for the occasion, accessorising with a pair of statement cow-print pumps, too.

According to the DailyMail, Meghan told staff, “I’m so happy to be here. You guys know I’ve been quietly visiting for close to a year. It’s nice to be able to now do it publicly and really talk about the work that you do.”

According to the Palace, Meghan will visit her other three organisations in the coming weeks.

Until then, find out more about how Loewe’s newest collection is helping fight the global plastic crisis.