So, the next time we see the Duchess of Sussex is probably going to be when she gives birth

Her OOO is definitely on
March 14, 2019
Maddison Glendinning 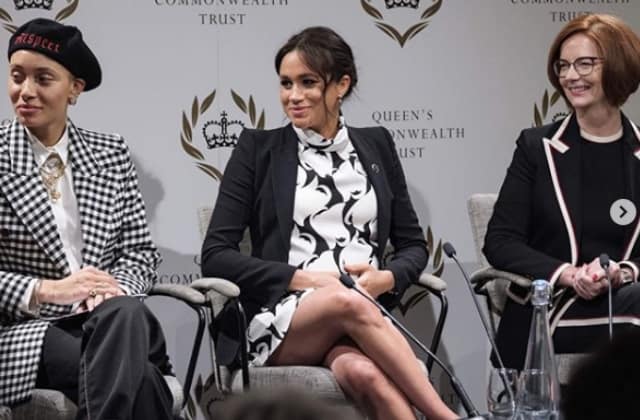 The Duchess of Sussex is done with official engagements for the next little while according to the Palace...

Meghan Markle has had some seriously stylish outings of late. First, she wore the green Erdem coat to visit Canada House in London, followed by a chic printed Victoria Beckham midi to attend a World Commonwealth Day celebration at Westminster Abbey. And it seems that will be last of her outings for the next little while.

Kensington Palace has confirmed that the Duchess has no further official engagements ahead of her giving birth to she and Prince Harry’s first child next month. In a statement to Vanity Fair, the Palace said that whilst she does not have any public events on the calendar she will still attend “several private meetings”.

It’s about time Meghan took a break, as the Duchess has been incredibly busy since announcing her pregnancy on the royal tour of Australia last year. We say it’s time to schedule some facials/mani-pedis/pre-natal yoga, stat.

Until then, find out what surname the Duke and Duchess of Sussex’s child will have.