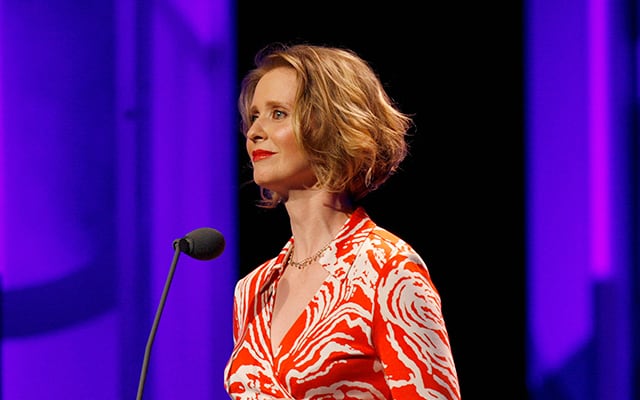 Cynthia Nixon, otherwise famously known as Miranda Hobbes in 'Sex and the City', is running for New York Governor. Here's what we know so far...

If there’s one show we’re all collectively guilty of binge-watching at one point or another over the past decade, it’s Sex and the City (SATC).

Now that the series and movies are officially over, news emerged overnight that Cynthia Nixon, who played the highly-driven lawyer Miranda Hobbes in the series, will be running a political campaign for the post of New York Governor.

Nixon’s announcement has been teased for several months but it was just yesterday that the actress-turned-activist officially confirmed her candidacy with the release of her first campaign.

Sharing the video via Twitter, the ad features Nixon saying: “I love New York. I’ve never wanted to live anywhere else. But something has to change. We want our government to work again, on health care, ending mass incarceration, fixing our broken subway. We are sick of politicians who care more about headlines and power than they do about us.”

I love New York, and today I’m announcing my candidacy for governor. Join us: https://t.co/9DwsxWW8xX pic.twitter.com/kYTvx6GZiD

The actress has never run for office previously or been elected for any sort of political position. She will go up against Governor Andrew Cuomo for the post.