PSA: A new version of Sex and the City is in the works 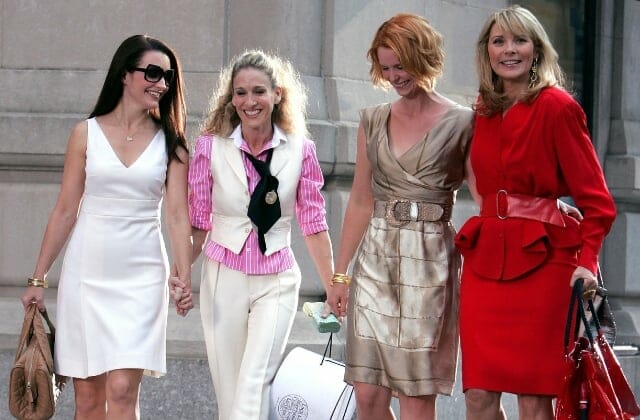 So it looks like there will be a new version of Sex and the City that focuses on the ups and downs of more mature women...

It’s safe to assume that Sex and the City 3 isn’t going to happen. If the Sarah Jessica Parker and Kim Cattrall feud is anything to go by, those two won’t even be able to put aside their differences for the sake of Carrie and Samantha. Le sigh. Still, reruns, all day, everyday, right?

But, Candice Bushnell, has another, almost similar, project in the pipeline. The writer of the original book and series is now working on Is There Still Sex In The City? (which has been picked up by Paramount Television and Anonymous Content) which looks at women navigating friendships, relationships, marriage and their sex lives – kind of sounds exactly like SATC right? Well the major difference is that these women are in the 50-60s age range. Tbh, this excites us even more because we’ll be getting some life lessons for the future…

Now, Nicole Clemens, president of Paramount TV, told Deadline, “We’re thrilled to be able to continue that conversation from the underrepresented point of view of women in their 50s and answer the question with, ‘Yes! There is more sex in the city!”

Bushnell also chimed in, saying, “It didn’t used to be this way. At one time, 50-something meant the beginning of retirement – working less, spending more time on your hobbies, with your friends, who like you were sliding into a more leisurely lifestyle. In short, retirement age folks weren’t meant to do much of anything but get older and a bit heavier. They weren’t expected to exercise, start new business ventures, move to a different state, have casual sex with strangers, and start all over again. But this is exactly what the lives of a lot of 50 and 60-something women look like today and I’m thrilled to be reflecting the rich, complexity of their reality on the page and now on the screen.”

Although none of the original cast from SATC are slated to star in this venture, we’re still pumped to get involved in a brand new cultural conversation.

The official release, or even filming date hasn’t been revealed yet, but fear not, it’s definitely happening.

Until then, here are all the deets on the new Prince Harry and Meghan Markle romcom.