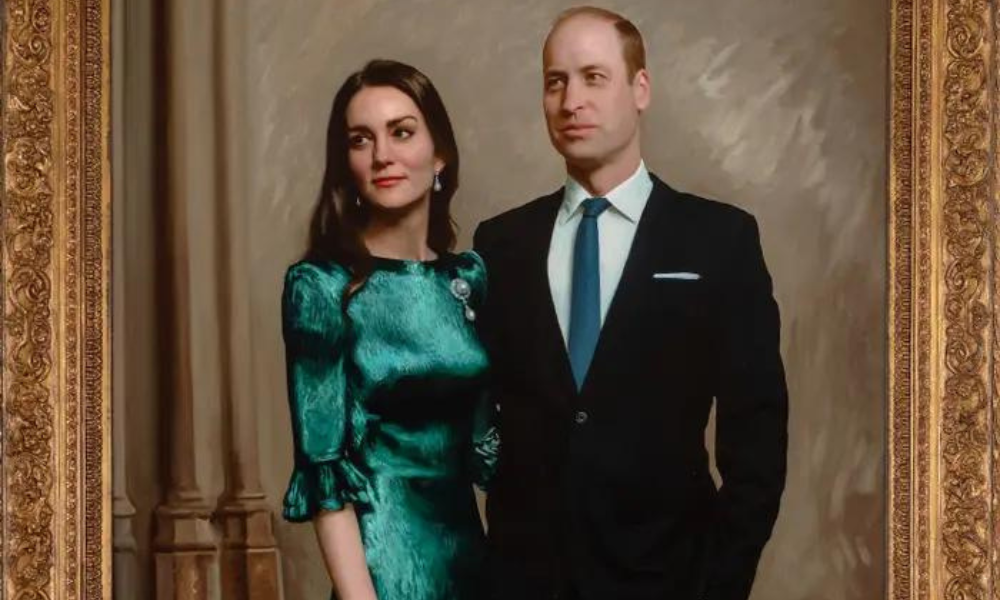 Buckingham Palace revealed the first official portrait of the Duke and Duchess of Cambridge...

Ladies and gentlemen, introducing the future king and queen of England. Prince William and Kate Middleton have unveiled their first official portrait, and it is just as amazing and as awkward as you’d imagine. Upon first glance, the portrait looks like an actual photograph of the Duke and Duchess of Cambridge but as you move closer, you’ll notice that it’s a painting by the award-winning British portrait artist Jamie Coreth.

On display at the University of Cambridge’s Fitzwilliam Museum for the next three years, the portrait will also be loaned to the National Portrait Gallery for a short time in 2023 for a special exhibit.

“A surreal and extraordinary experience to have had my painting of the Duke and Duchess of Cambridge unveiled today at the Fitzwilliam Museum in Cambridge. It has been the most extraordinary privilege of my life to be chosen to paint this picture,” reads the caption by Jamie Coreth.

In the portrait, the royal couple looked as dashing as always. The artist took inspiration from the pair’s visit to the Guinness Storehouse in Ireland in 2020, when Middleton wore a shimmering green dress by The Vampire’s Wife and Manolo Blahniks, whilst William wore a navy suit.