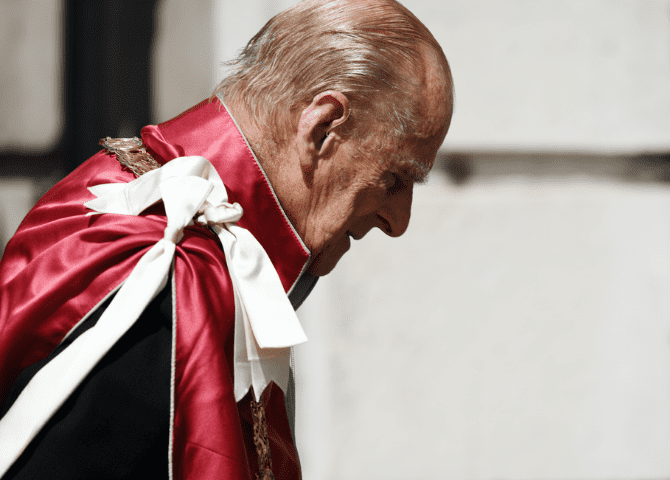 Following the passing of the Duke of Edinburgh, here's what we know about the upcoming funeral...

Earlier this week, Prince Philip, sadly passed away at the age of 99, leaving a long legacy behind.“It is with deep sorrow that Her Majesty The Queen announces the death of her beloved husband, His Royal Highness Prince Philip, Duke of Edinburgh,” reads a statement released by the royal family. “His Royal Highness passed away peacefully this morning at Windsor Castle. Further announcements will be made in due course. The Royal Family join with people around the world in mourning his loss.”

Remembered for his service, dapper style and sometimes, controversial sense of humour, the Duke of Edinburgh will be laid to rest on April 17 with a funeral taking place at St. George’s Chapel, Windsor. Albeit his funeral would’ve been meticulously planned for years, his memorial will need to be adjusted due to the ongoing pandemic.

When will the funeral take place?Set to take place at 3 pm on Saturday (there will be a minute’s silence at 3 pm), the funeral will be a relatively low-key affair due to COVID-19 restrictions, as well as the Duke requesting not to have a state funeral, according to the College of Arms. Who will attend the funeral?The UK has officially entered stage 2 of the lockdown meaning that coronavirus restrictions are limiting only 30 people to attend funerals. In line with government advice, attendees are still expected to wear masks. Whilst details of the invited guests or family members are yet to be announced, we do know that Prince Harry will attend the service without his wife Meghan as she will not be able to make the trip due to her pregnancy.

How can the public pay their respects?Whilst members of the public cannot visit the grounds where the funeral is taking place, you can still watch it online or on television. BBC One will be broadcasting the service live on April 17 from 3 pm (UK time). A little earlier that day, Prince Philip’s coffin will be moved in a small ceremonial procession from Windsor castle to St. George’s Chape

In case you missed it, here are eight takeaways from Prince Harry and Meghan Markle’s tell-all interview with Oprah.