They attended a memorial service in the afternoon...
April 24, 2018
Meeran Mekkaoui 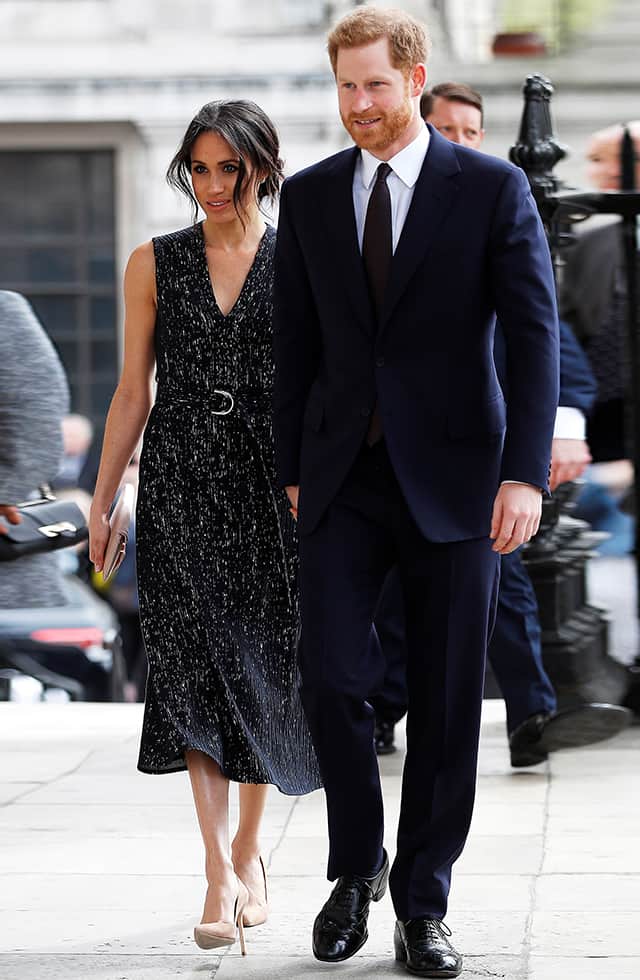 Meghan Markle makes a case for the messy bun again at her latest engagement alongside fiancée Prince Harry. Take a look here...

From the moment Kate Middleton was admitted to the hospital in the early hours of yesterday morning, the headlines were swarming with news of the Duke and Duchess of Cambridge‘s third delivery. The world eagerly waited for about 12 hours before the British royals stepped out to introduce the new prince to the world.

Just a few hours after Kensington Palace released a statement confirming the safe delivery of the baby boy, Prince Harry and Meghan Markle were spotted in central London, across from Trafalgar Square, for another heartfelt outing.

The royal and royal-to-be (who will wed in less than one month) attended a memorial service at the St Martin-in-the-Fields church to mark the 25th anniversary of Stephen Lawrence’s passing. The British teenager was sadly murdered due to a racially-motivated attack in 1993.

The Suits actress opted for a Hugo Boss sleeveless dress for the event and Prince Harry wore a traditional navy suit. The pair arrived at the scene hand in hand and spoke to members of Lawrence’s family including his mother Doreen and her son, Stuart. Prince Harry also spoke on behalf of Prince Charles and addressed the crowd at the service. 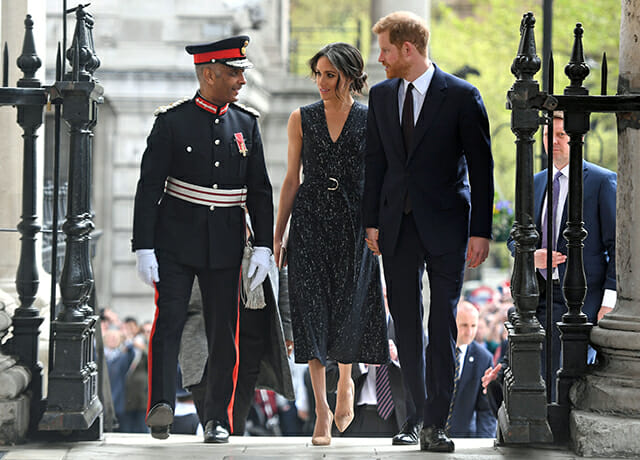 Now, take a look at how Prince Harry and Meghan Markle celebrated the Queen’s 92nd birthday earlier this week.