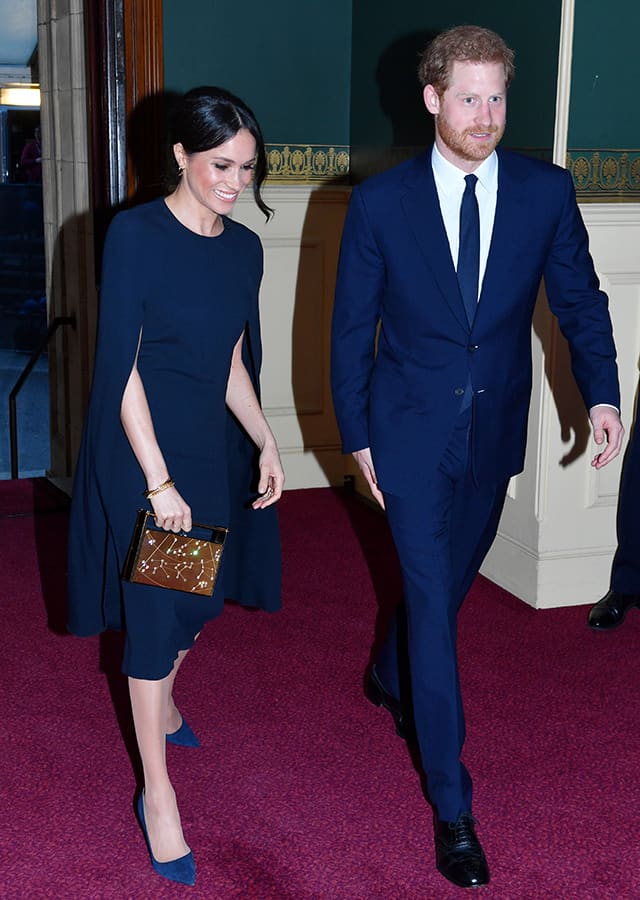 Meghan Markle had a very busy schedule over the weekend, finished with the Queen's birthday celebrations...

Over the weekend, Queen Elizabeth II celebrated her 92nd birthday with friends and family in a royal affair that took place at London’s Royal Albert Hall. To mark the occasion, musicians from all over the globe including Sting, Sir Tom Jones, Shaggy, Craig David and Kylie Minogue were in attendance and some, even performed for the longest reigning monarch.

In her honour, almost all of the Queen’s family was in attendance, including Prince Charles, Prince William (who is set to come to the Middle East this summer), Prince Harry and his bride-to-be, Meghan Markle. Since Kate Middleton is due to give birth to her third child any moment, the Duchess of Cambridge was not in attendance.

Meghan opted for an elegant cape dress by Stella McCartney, a pair of Manolo Blahnik BB pumps and a Naeem Khan Armory Zodiac clutch bag for the birthday celebrations.

This marks the second time Prince Harry’s fiancee has appeared alongside the Queen following the official Commonwealth Day celebrations in the UK last month. 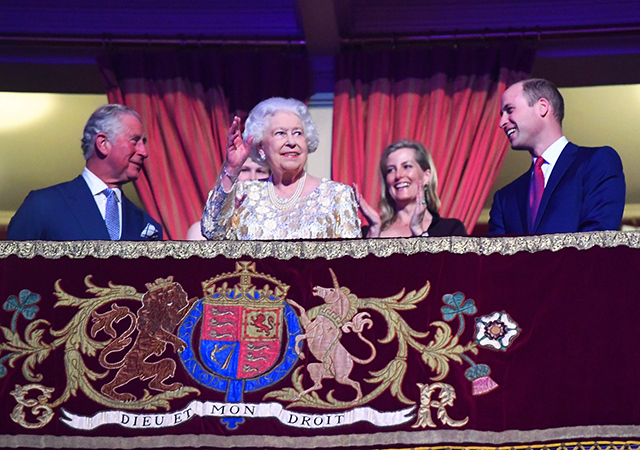 Earlier in the day, Prince Harry and Meghan attended the Invictus Games Reception in West London to learn more about the plans for the games which will take place in Sydney in October (which will likely be Markle’s first official royal tour).

At the reception, the future Duchess was dressed in a floral dress by Self-Portrait, a black blazer by Alexander McQueen and Manolo Blahnik heels. 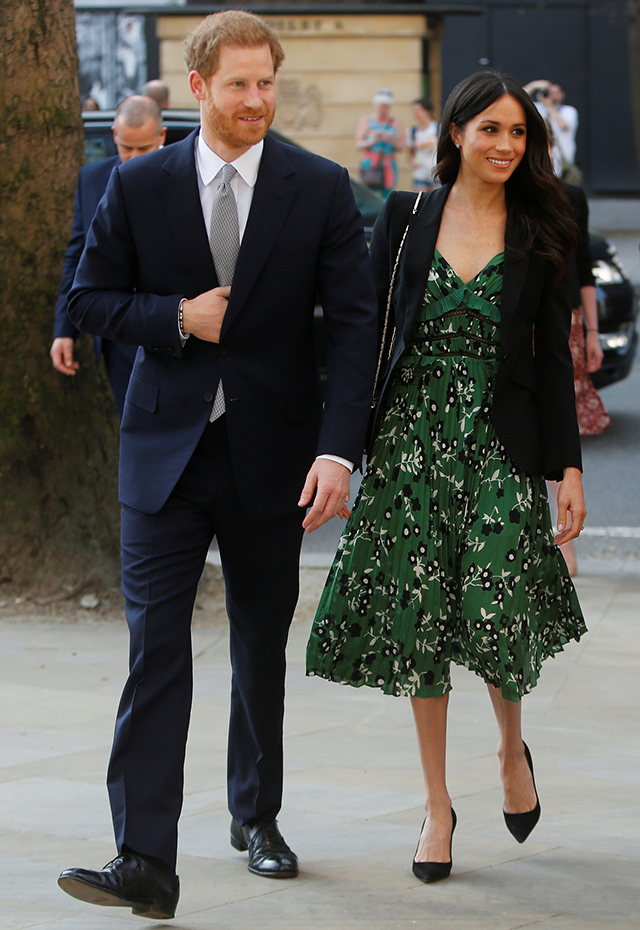 Now, find out why Prince Harry and Meghan Markle won’t have a wedding registry.