Meghan Markle celebrated her 37th birthday at a wedding

With Prince Harry by her side, of course
August 5, 2018
Maddison Glendinning 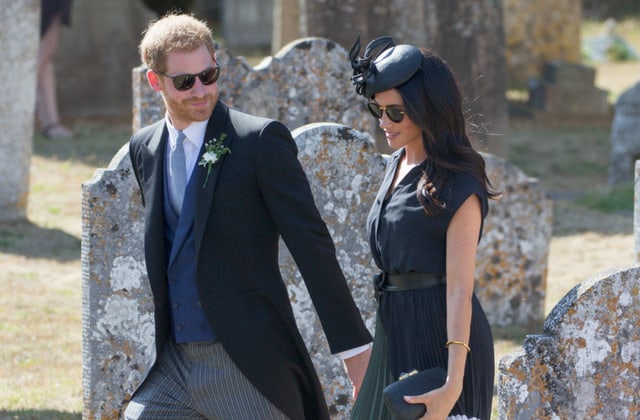 The Duchess of Sussex turned 37 yesterday and was pictured at a wedding for one of Harry’s closest friends...

It’s been a pretty huge year for Meghan Markle — not only has she officially relocated from the States to the U.K., she also married a Prince and became an official member of the British Royal Family. Throw in a handful or so of tours and appearances and an added dose of family drama and you can see why Prince Harry is reportedly keen to lessen their appearances for a little while. However, the newly minted Duchess of Sussex celebrated her 37th birthday yesterday by attending the wedding of Prince Harry’s close friend Charlie van Straubenzee.

The wedding was particularly important for the Prince, given that he was serving as Best Man.

Meghan and Harry both looked relaxed as they arrived at the chapel in Frensham in southwest London. For the occasion, the birthday girl opted for a Club Monaco dress, her favourite Aquazzura pumps, a clutch by Kayu and a fascinator by Phillip Treacy.

Now, see which Egyptian label was just spotted on Beyoncé.