It's been a big week for the royals
July 16, 2018
Maddison Glendinning 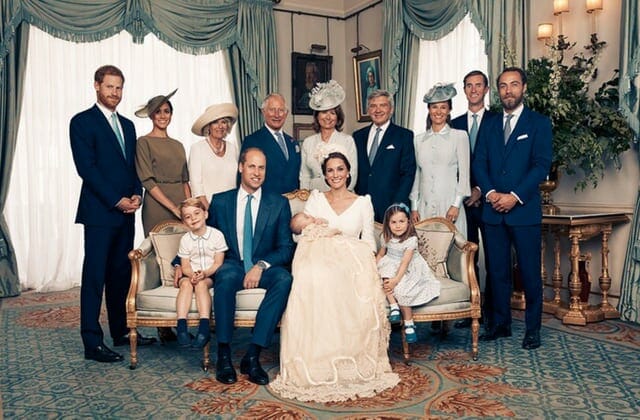 The official portraits from Prince Louis' christening are here and they're seriously cute...

The saying ‘the look of love’ has been around for many years but it’s got a new definition overnight, thanks to the release of the official portraits from Prince Louis’ christening. The Duchess of Cambridge can be seen lovingly staring at her newest born child in the heartwarming snaps that are certain to put a smile on the faces of people across this globe this morning.

One week ago today, members of the royal and Middleton families gathered at The Chapel Royal at St James’s Palace to celebrate the occasion of the young Prince’s christening and now, Kensington Palace has released four official images from the day. In the Queen and Prince Philip’s absence, in the full family shot Carol and Michael Middleton enjoy the centre spot alongside Prince Charles and the Duchess of Cornwall behind the Duke and Duchess of Cambridge, Prince George, Princess Charlotte and Prince Louis, with Pippa and her husband James Matthews and brother James Middleton filling out the right of the photograph whilst Harry and Meghan, the Duke and Duchess of Sussex, flank the Cambridge’s to the left.

The other three images show Kate staring adoringly at Louis, the Cambridge’s newest family shot and the royals enjoying a moment. 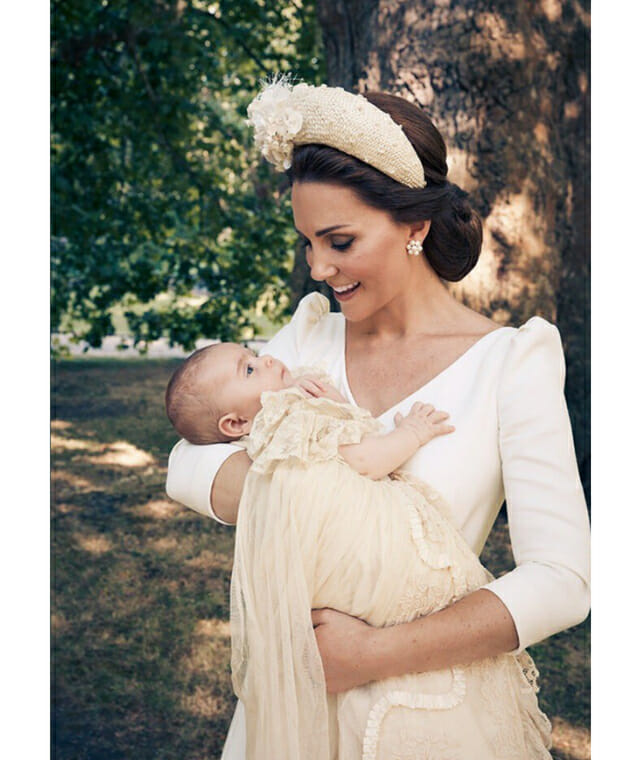 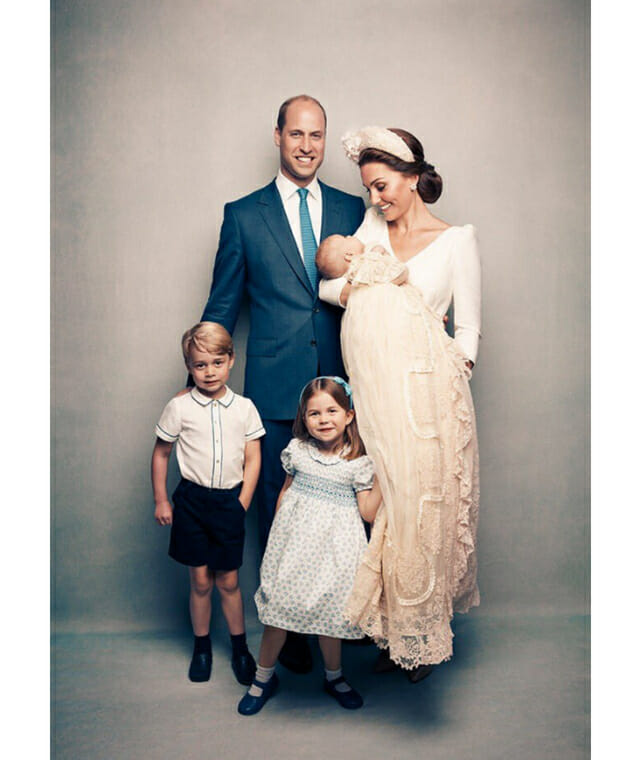 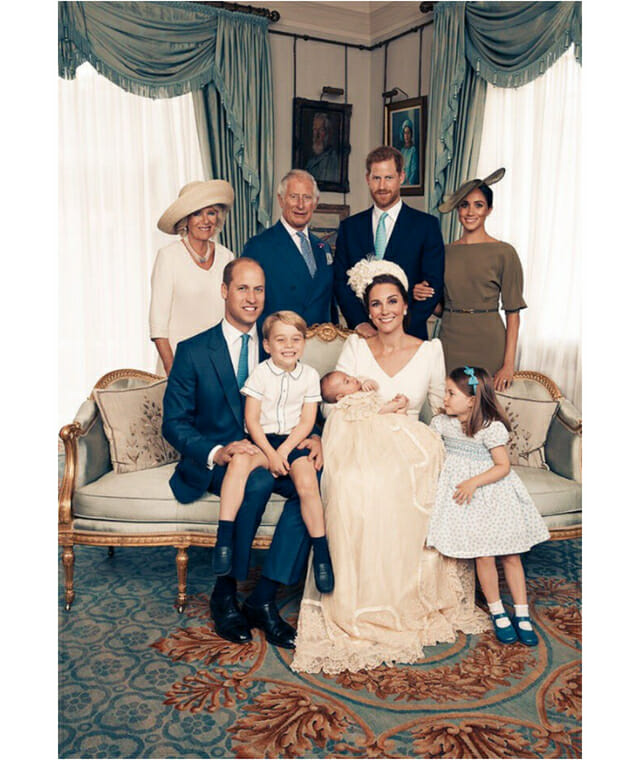 The real star of the show though? Prince George’s smile. Three different smiles in three pictures? Kid’s a natural.

Now, see Kate and William as they sat in the royal box to take in the men’s singles final at Wimbledon last night.