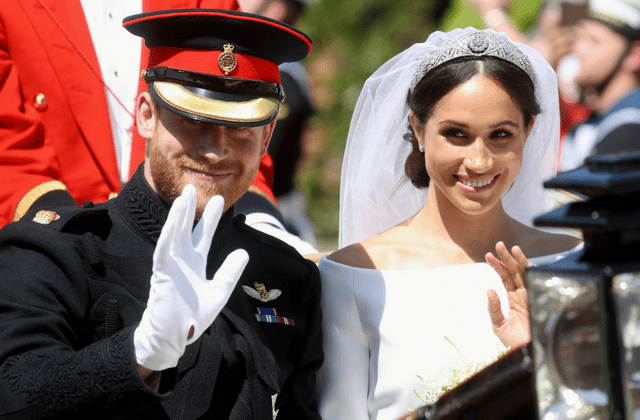 Earlier this year Meghan Markle let slip that she and her now-husband Prince Harry might be headed Down Under for their first official tour. Overnight, Kensington Palace confirmed the news...

It’s been just over three weeks since Prince Harry and Meghan Markle married in the year’s biggest wedding ceremony. Since tying the knot, the pair has only appeared publicly twice: first at Prince Charles’ 70th birthday party at Buckingham Palace and this past weekend at the Trooping the Colour parade to celebrate the Queen’s birthday.

Now, four lucky countries will have the Duke and Duchess of Sussex touch down on their shores later this year, following the announcement by Kensington Palace overnight confirming the pair’s first official royal tour.

Kensington Palace announced that they will “undertake an official visit to Australia, Fiji, the Kingdom of Tonga and New Zealand.” The tour will coincide with the 2018 Invictus Games which are being held in Sydney from October 20-28.

Meghan first hinted that the pair would visit the Asia-Pacific region back in April whilst attending the Invictus Games trials. Speaking with sitting volleyball and wheelchair basketball player Michael Mellon, she reportedly said that “she had never been to Australia” and “was looking forward to being there with Harry.”

The last royal tour was undertaken by the Duke and Duchess of Cambridge in February when they visited Sweden and Norway, so come October, we’ll be more than ready for our next round of cute couple moments and sartorial moments.

Until then, find out when Meghan is slated to make her first solo appearance with the Queen next week.