Birmingham is set to welcome the royal couple next week...
February 27, 2018
Meeran Mekkaoui 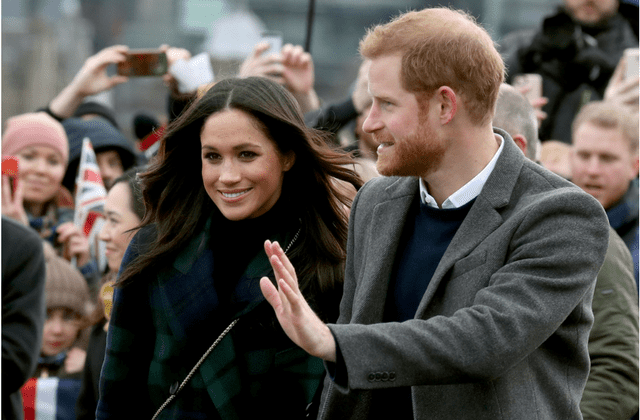 The British royals have a jam-packed schedule this week and we've just discovered what's next on Prince Harry and Meghan Markle's agenda...

Earlier this week, Kensington Palace announced that Meghan Markle will be joining fiancée Prince Harry and the Duke and Duchess of Cambridge at the first annual Royal Foundation Forum — marking the royal-to-be and the British royals first official outing as a team.

Now, news emerged overnight that Prince Harry and Meghan Markle have planned another official visit of their own and this time, it will take place in Birmingham on March 8, 2018.

Falling on International Women’s Day (Saudi Arabia, Dubai and Diane Von Furstenberg already have plans on how to celebrate this year), Prince Harry and Meghan Markle will be on site to learn about the works of projects that aim to support youngsters from the city’s local community.

According to a statement released by Kensington Palace, “the couple will firstly attend a Stemettes event at Millennium Point which aims to inspire the next generation of young women to pursue careers in Science, Technology, Engineering and Maths.”

Later that day, the itinerary will see Prince Harry and Meghan Markle visit Nechells Wellbeing Centre to “join The Royal Foundation’s Birmingham @WeAreCoachCore apprentices as they take part in a training masterclass.”

Watch this space to find out more about the royal duo’s trip and to get an update on Meghan’s style file. In the meantime, find out how to recreate the royal-to-be’s signature waves at home.