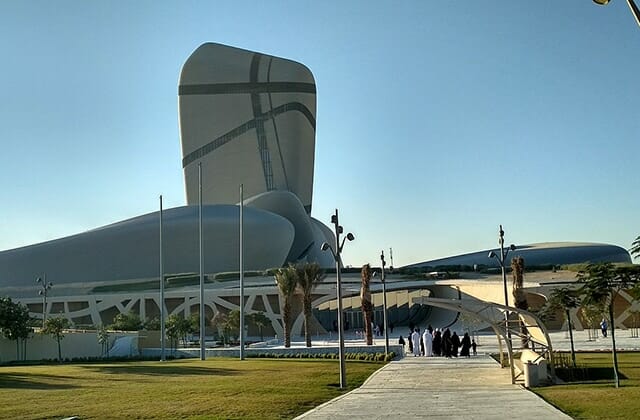 Saudi Arabia has been rapidly increasing its efforts to support women, art initiatives and cultural experiences in the past year with a string of game-changing events and news coming out of the Kingdom.

In a bid to explore the current changes happening in the country, a new two-day conference is set to take place later this month called Tanween. It will highlight the interactions of culture and people, as well as provide a platform to inspire the next generation.

In collaboration with the King Abdulaziz Center for World Culture (an initiative that was built by Saudi Arabian oil company Aramco), which is also known as Ithra, there’s will be a slew of exciting events and panel discussions featuring regional personalities jetting in for the event.

Here are some of the highlights…

Lewis Pugh, an endurance swimmer and ocean advocate, as well as a UN Environment Patron for Polar Regions Technology, will be presenting a keynote speech. By sharing personal stories and experiences, his speech will undoubtedly encourage you to make a difference in the world.

The two-day event will also consist of a series of captivating panel discussions with topics including Tech Distribution, Made in KSA, Luxury and Technology, and Inspiring the Next Generation. Several prominent figures from the region, including Ghizlan Guenez  (one of the two Middle Eastern women that made it to the #BoF500 list for the first time this year), Hindamme’s Mohammed Khoja (who spoke exclusively to the Buro 24/7 Middle East to discuss his latest collection) and Hussein Freijeh, General Manager of Snapchat, will be part of the panel discussions.

There will be a total of four workshops taking place and with different topics including Technology Disrupting Life, The Fundamentals of Design Thinking, Building Your Brand and Artketing: The Future of Art, there’s something for everyone. Also, Buro 24/7 Middle East contributor and Founder of Toby, Hatem Alakeel, will be sharing tips on his journey to successful entrepreneurship.

The Tanween conference, in partnership with MediaQuest, will take place from October 24-26 in Damman, Saudi Arabia.

Now, take a look at this luxury fashion brand that just expanded its Middle Eastern presence with a new store opening in Riyadh.