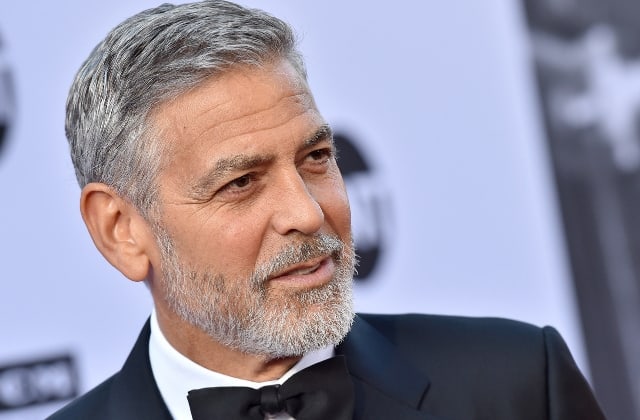 The Hollywood actor and activist spoke of his firm friendship with the royals in a recent interview. And he gloated specifically about Meghan Markle...

George Clooney is a man of the people. He’s been apart of Hollywood’s social fabric for well over three decades but he’s still as grounded as ever. His marriage to Human Rights Lawyer Amal Clooney probably helps keep his feet firmly on the ground – that and their Clooney Foundation which seeks to provide justice for those who need it. So yes, the man is full of purpose and meaning. We heart him.

And in a recent interview with Good Morning Britain, he spoke about his human rights work, raising twins and his friendship with the royal family – specifically Meghan Markle.

He was asked about the press’ “unjust” and “unkind” coverage of Meghan and he said, “It’s a little unfair at times when…I’ve seen it when the press can turn on you for sort of ridiculous reasons and for almost nothing, and it seemed to me to be a little unjust since she hadn’t done anything except just happen to live her life. She’s a really kind and smart and intelligent young woman and they’re a really wonderful, loving couple. Most of it you can just shrug off and not pay attention to, but sometimes its unkind.”

Now, flip over to Victoria Beckham’s YouTube channel which is oh-so-funny.