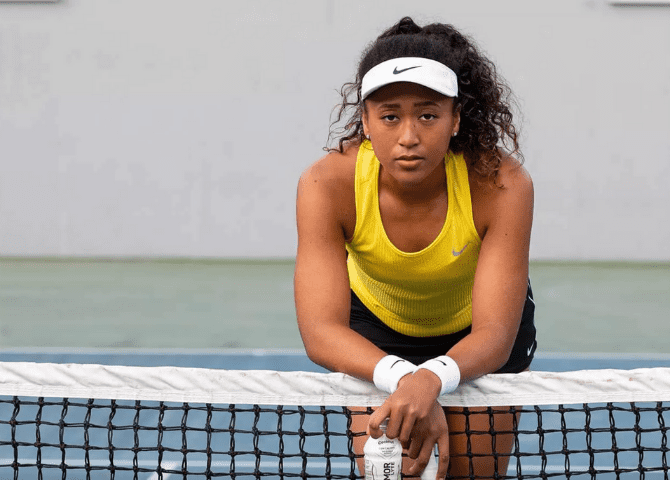 Naomi Osaka, the world’s current No.2 tennis player, made the decision to not speak to the press during this year’s French Open. In a statement on social media, the 23-year-old wrote, “I’ve often felt that people have no regard for athletes’ mental health and this rings very true whenever I see a press conference or partake in one.”

“I’m just not going to subject myself to people who doubt me,” Osaka continued. “…If the organizations think that they can just keep saying, ‘do press or you’re gonna be fined,’ and continue to ignore the mental health of the athletes that are the centrepiece of their cooperation then I just gotta laugh.” Osaka said that she has expressed “long bouts of depression” since her historic win against Serena Williams in the 2018 US Open. The athlete has also been open about her personal experiences of race as a Black-Asian woman.

Just days after her initial statement, Osaka was, in fact, fined USD$15,000 by the French Open. Osaka subsequently withdrew from the tournament, in what is being touted by most as a powerful statement of mental health preservation and empowerment. According to a report by WWD, Nike, Tag Heuer and Sweetgreen – each current collaborators of Osaka – have now expressed their support for her decision. Osaka’s presence in the public eye skyrocketed in the past few years, with numerous endorsements leading to her position as the world’s highest-paid female athlete. Osaka has acquired several partnerships with the likes of Louis Vuitton, Levi’s, Comme des Garçons, and Frankies Bikinis.

In respective statements, Nike and Tag Heuer both said that their thoughts are with Osaka at this time. Nike said that they “recognize her courage in sharing her own mental health experience”, while Tag Heuer conveyed that Osaka “will come out of this period stronger, be it professionally or personally.” Sweetgreen, an American healthy eatery, said in a tweet, “Our partnership with [Naomi] is rooted in wellness in all its forms. We support her in furthering the conversation around mental health and are proud to have her part of the sweetgreen team.”

Her decision to withdraw caused ripples through the sports world, with conversations going beyond Osaka’s display of strength. Her statement has led to the beginnings of a much larger, and long overdue, conversation around the negligence towards mental health for athletes who exist in the public realm. Osaka’s words and ownership of her mental wellbeing is a lesson: in prioritising oneself, despite the costs, in speaking up, despite possible backlash. Her decision is emblematic of the fraught relationship between public heroes and the press, likely to be a push for change in this realm.