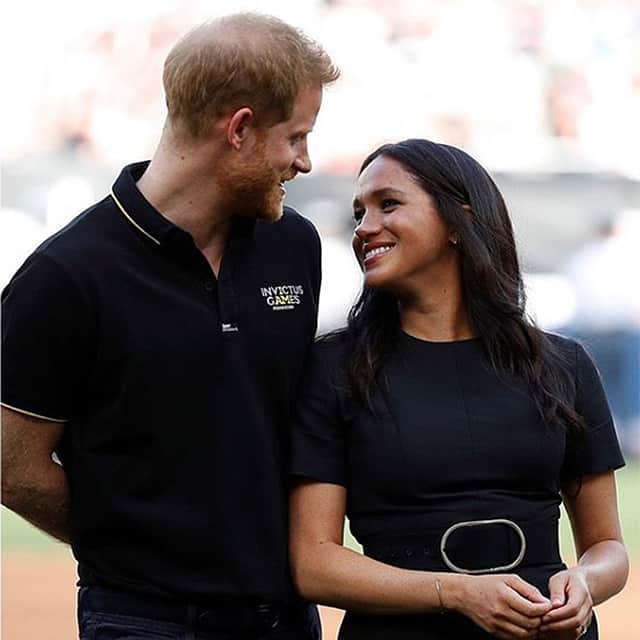 As part of their new charitable movement, Meghan Markle and Prince Harry are shining the spotlight on Syrian refugees...

When the Duke and Duchess of Sussex officially joined Instagram as @Sussexroyal, it quite literally broke the internet. Their social media presence excited fans across the globe (us included) as we wanted to know what the British royal family were up too.

And whilst we scrolled through moments of the royal couple’s intimate moments, including unseen pictures from their wedding day and the first glimpse of their baby boy, Archie, we knew that Meghan Markle and Prince Harry wanted to use their social media platform for something greater.

Both humanitarians and forces who wish to create change, the duo have put an initiative forward that will eventually shine the spotlight on people or organisations that are doing amazing things for their communities and the world at large.

Last week, the new parents posted an image on Instagram, with a call out to their followers last week, asking fans to suggest “the people, organisations and causes that you find inspiring or noteworthy”, and every month, will acknowledge different organisations.

For the month of August, the Duke and Duchess of Sussex have decided to follow just 15 accounts — one of which is close to our hearts here in the Middle East.

Of the 15 accounts, one titled Art Of Hope, stood out to us, as it’s a non-profit organisation that works with Syrian refugees in Lebanon. According to Art of Hope’s website: “Our aim is to engage children in activities during the time when they’re facing the harsh reality of staying behind with no opportunity of a formal and informal education. In addition, by engaging mothers and adult girls in vocational training programs we aim to bring back a sense of self-worth, dignity, and normalcy that in the long-term will help them have a smoother journey overcoming the harsh realities of living life as survivors of war — whether in a host country or back home in Syria.”

Amongst the variety of organisations, the couple decided to champion non-profits that supports refugees’ mental health, a charity dedicated to preserving the population of bees and one focused on marine conservation.