After a 22-hour flight, Meghan Markle looks impossibly good as she lands in Sydney for her first royal tour

How is this even possible?
October 15, 2018
Meeran Mekkaoui 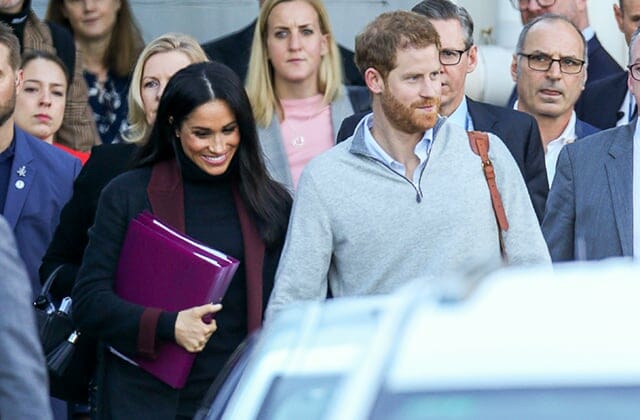 The Duke and Duchess of Sussex have officially begun their royal tour...

Fresh from their appearance at the second royal wedding of the year over the weekend, Prince Harry and Meghan Markle (who opted for a navy coat dress by Givenchy for Princess Eugenie’s big day), have safely arrived in Australia (after a 22-hour flight) for a 16-day royal tour.

The Duke and Duchess of Sussex touched down hand-in-hand in Sydney overnight (the rest of the tour will see the royal couple complete engagements in other parts in Australia, New Zealand, Tonga and Fiji), and their arrival was captured by many fans from Down Under.

Making her official Australian debut as the Duchess of Sussex, Meghan’s just-off-the-plane look included slim cigarette trousers and a black turtleneck paired with a maroon-lapeled black coat by Harris Wharf London, that is rumoured to be the same ensemble she wore for the promotional images for the 2018 Invictus Games.

Seems like Kate Middleton isn’t the only royal who makes re-wearing outfits look so good. 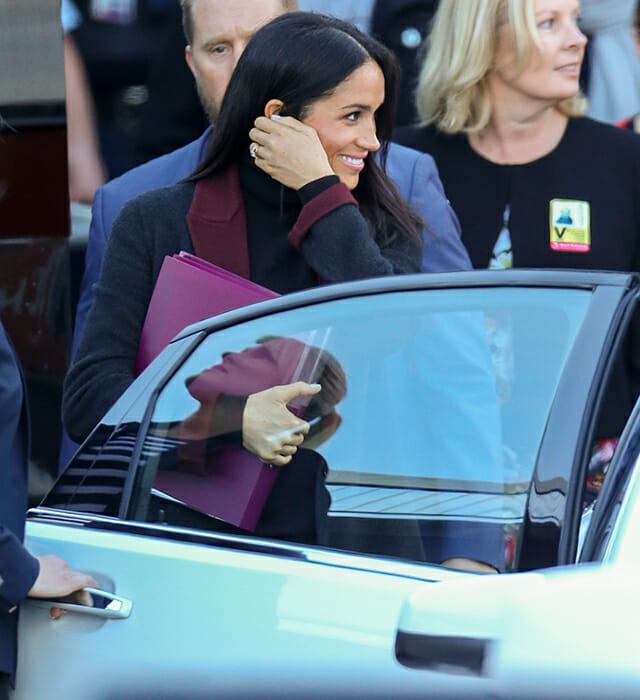 Their tour will commence with a visit to the Admiralty House to meet representatives from each of the 18 countries participating in the Invictus Games, followed by an appearance at the Taronga Zoo and the Sydney Opera House, to watch a rehearsal of Spirit 2018 by the Bangarra Dance Theatre.

With a jam-packed schedule ahead, make sure to stay connected to Buro 24/7 Middle East as we bring you more updates.

Now, take a look at what Meghan Markle’s makeup artist had to say about the one beauty look you’ll never see the royal in.