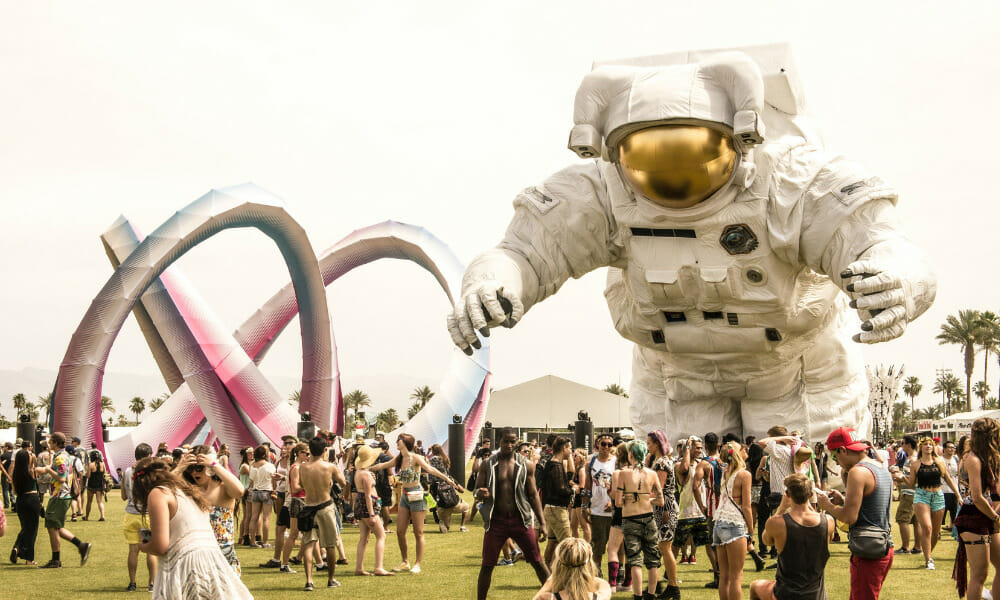 Last year, Coachella returned to the California desert for the first time since 2019 and just when the inevitable pandemic upheaval was not enough, Kanye West pulled out of the 2022 festival less than two weeks before the gates opened. Luckily, The Weeknd and Swedish House Mafia took over as headliners and the festival continued to be a success.

This year, the full line-up was revealed earlier than usual and with three big headliners set to take the stage at the Empire Polo Club in Indio, California, this April, it’s bound to be a noteworthy showcase.

Headlining this year’s festival are Bad Bunny, Blackpink and Frank Ocean, whilst Rosalía, Gorillaz, Björk, Charli XCX, Burna Boy, Alex G, Jai Paul, and Glorilla are also on the bill for this year. Frank Ocean was scheduled to headline Coachella in 2020 but due to the pandemic, that year’s edition was put on hold for two years. When explaining why the American singer and rapper was announced as a headliner again, festival co-founder Paul Tollett told the Los Angeles Times, “Right now, it’s the Wild West. I’m just trying to be as fair as I can to artists and to the fans to make sure that eventually they get to see everyone that we talked about.”

The festival is scheduled to take place across two weekends: April 14-16 and 21-23. Check out the poster and full line-up below.