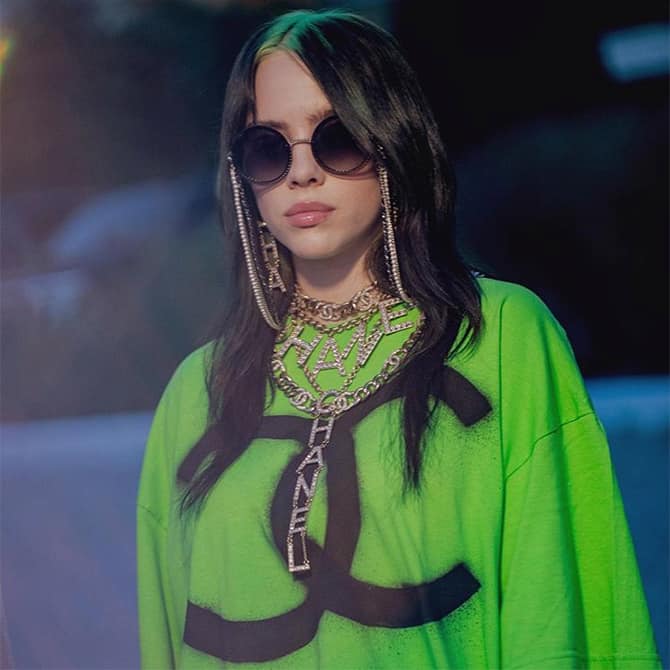 The 18-year-old pop wonder will record the theme song for the upcoming 25th James Bond film, No Time to Die…

Another year, another milestone for Billie Eilish. The immensely talented Ocean Eyes songstress just landed herself the prestigious role of writing and performing the theme song for the 25th James Bond film No Time to Die, making the 18-year-old the youngest artist in history to ever record a Bond theme.

The #NoTimeToDie title song will be performed by @billieeilish. Billie has written the song with her brother @finneas and is the youngest artist in history to write and record a James Bond theme song. pic.twitter.com/Qd5cYIRlmg

“It feels crazy to be a part of this in every way. To be able to score the theme song to a film that is part of such a legendary series is a huge honour,” said Billie in a statement. “James Bond is the coolest film franchise ever to exist. I’m still in shock.”

The song, which she’s co-writing with her brother, Finneas, will see Billie follow in the legendary footsteps of artists like Paul McCartney, Tom Jones and Adele. This is not the first time the siblings work together; the duo collaborated on Billie’s Grammy-nominated debut album When We All Fall Asleep, Where Do We Go?. Taking to Instagram, Finneas shared his excitement, “Writing the theme song for a bond film is something we’ve been dreaming about doing our entire lives. There is no more iconic pairing of music and cinema in my opinion. We feel so so lucky to play a small role in such a legendary franchise.”

Billie, whose whispery vocals and brooding electro-pop have earned her six Grammy nominations, is the  perfect, moody fit for the franchise, which tends to favour music with a smoky sombreness (case in point: Adele’s Skyfall). The film’s producers Barbara Broccoli and Michael G Wilson described Billie’s “incredibly powerful and moving”, adding it had been “impeccably crafted to work within the emotional story of the film”.

No Time to Die, which will be Daniel Craig’s final Bond film before he hangs up the tuxedo, hits cinemas this April.

And the nominees for the 2020 Oscars are…find out here.