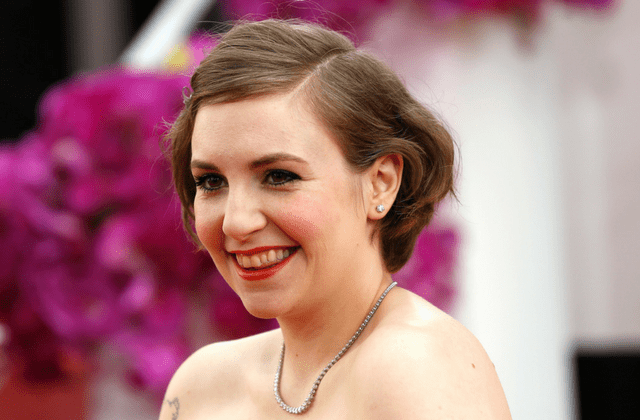 Lena Dunham made her ninth appearance at SXSW on day two of this year's festival and spoke candidly about her life, what she's learnt in her career and why her lifestyle brand is about more than serums and scone recipes...

SXSW 2018 is underway in Austin, Texas and Buro 24/7 Middle East is in town to catch all of the action as it happens. On day two of this year’s festival, writer/producer/actress Lena Dunham appeared on stage with Glamour‘s new Editor-In-Chief Samantha Barry for a candid chat about being authentic in the new age of media. Here are the top 10 highlights from the conversation…

On how she chose her career path

“I was either going to be a filmmaker or I was going to live in my parent’s basement. And they don’t have a basement…”

On her ‘lifestyle brand’

“My lifestyle brand is that I got out of bed 15 minutes before I needed to be there. I don’t have a scone recipe or a fashion secret. We just wanted to create a space where women could voice their opinions.”

On employing women in her team

“Our business model was to hire lots of brilliant women all the time. It’s really important that women get paid to tell their stories and do the work they’re passionate about.”

On the purpose of her work

“I’ve always wanted to operate from a place of erasing shame. The worst feeling you can have is that you’re terminally unique and that no-one else shares your stories. So much of the narrative of Lenny Letter is the process of releasing shame and resonating with readers.”

On women feeling as though they can’t show emotion

“We go into rooms everyday and have to prove ourselves from the get go because of our gender so you don’t want to be the person with baggage.”

On crying at work

“I’m the biggest work crier around and that mostly has to do with the fact that I’m hungry.”

On the misconceptions around authenticity

“People confuse authenticity with being messy. But Anna Wintour has had the same haircut for years and I think she is super authentic.”

On working alongside men in the fight for equality

“There’s so many causes that are joint efforts that can’t be mandates from women that men nervously follow. It needs to be collaborative.”

On how she stops herself from saying too much

“[The way] I safeguard myself  is that at any time I have 19 people who are ready to stop me tweeting.”

On being a role model

“I didn’t get into this to be a perfect celebrity role model. That’s not something I know how to do.”

Now, see what Rachel Zoe had to say about being a stylist and doing school runs with Tom Ford at SXSW 2018.