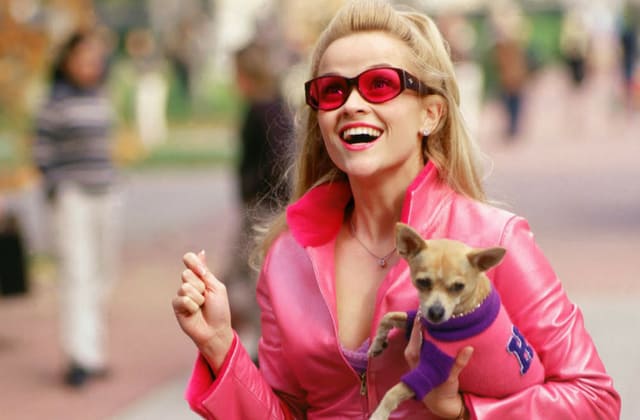 So, Legally Blonde 3 is officially happening and here's everything we know about the film so far...

Legally Blonde is easily one of the best movies to have come out of the early Noughties. It was SO good that after viewers fell in love with Reese Witherspoon as Elle Woods in 2001, it eventually prompted the second film in the series, Legally Blonde 2: Red, White & Blonde.

Now, almost 20 years since its original launch, in news that is absolute music to our ears, we are getting a third movie. We’ve waited with bated breath for the news and now, we know everything about the franchise and when it is slated to return to the big screen.

In June 2018, Witherspoon shared the news via Instagram that, yes, indeed a Legally Blonde 3 film is happening. The actress donned the same sparkling bikini back in 2016 to celebrate the films’ 15th anniversary, so it’s only fitting that she brought it back out to confirm the film years later.

We have a script!

At the season 2 New York premiere for Big Little Lies (where Nicole Kidman dropped a major spoiler), Witherspoon was asked about her iconic Elle Woods character and the film. Speaking to Entertainment Tonight, she said: “[We have] a script, but we haven’t shot anything. [Elle’s] a very beloved character. You just want her to go on a hero’s journey like she does in the first movie, and I’m having a great time working on it.”

The originals are all back…

The 2001 film was first produced by Marc Platt and Adam Siege, President of Platt Productions and they’re coming back for the third instalment, too. Also, Kirsten “Kiwi” Smith and Karen McCullah, the screenwriters responsible for bringing Amanda Brown’s corresponding book to the big screen back in 2001, are tasked with writing the script, however, there’s currently no word on who will be directing the film.

Are you ready for this? The third Legally Blonde Film is set to hit the silver screen in just eight months! The film will hit theatres on February 14, 2020 — the perfect rom-com for Valentine’s Day.

Now, find out how you can see the highly anticipated film Rocketman, before its official release.