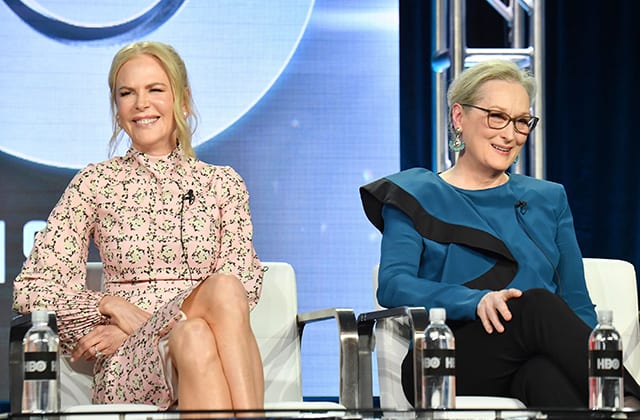 With over one week to go until Season 2 of 'Big Little Lies', Nicole Kidman accidentally drops a major spoiler...

So HBO’s cliff-hanger series Big Little Lies series is perhaps the best show from the summer of 2017, right? And sadly we had to wait a full two years until the release of Season 2.

Thankfully, the wait is finally over as the show is set to make its return on June 9th. Not long now!

And as if the end of last season didn’t leave us on a cliff-hanger already (remember Alexander Skarsgård’s character was killed off at the end of the debut season? Or was he?), we finally received some sort of spoiler ahead of the new episodes — courtesy of Nicole Kidman.

The Big Little Lies star was promoting the second season in New York City and was reportedly asked about her experience working with co-star Alex, who played her abusive husband in the show’s first season.

According to PEOPLE, Kidman told the crowd at the event: “He [Skarsgård] was the most incredible acting partner, and then he came back for season 2.”

Kidman’s co-star Reese Witherspoon reportedly laughed and motioned for Kidman to stop talking, before Kidman attempted to backpedal. “He has a little bit of a part in the sense of … the basis of … okay, I’ll be quiet,” she said. “He didn’t abandon us. We’ll put it that way.”

So, could it be that Alex’s character Perry didn’t die after all? Only a few days left to find out!

Now, read more about how the Dubai Opera will be hosting the red carpet premiere for the long-awaited Elton John biopic.