Could you name a more iconic duo?
January 12, 2020
Meeran Mekkaoui 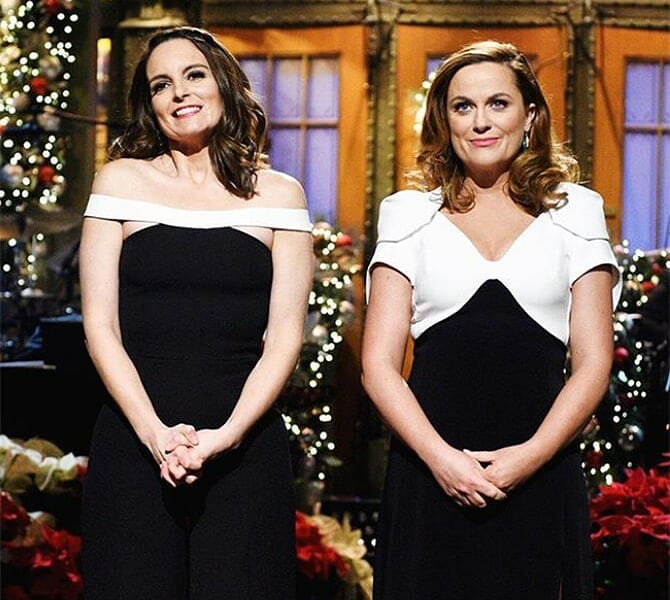 Comedic chemistry is set to take the next Golden Globes' stage...

Three days following the announcement that the 2020 Oscars are set to go without a host this year, the Hollywood Foreign Press Association revealed not one, but two, hosts for the Golden Globes’ next ceremony in 2021.

The Golden Globes *just* happened as it kicked off the awards season for 2020 and already, are making the announcement as to who will be taking the stage as hosts that evening. And it’s no surprise why they couldn’t reveal just who they’ve got ready to take on the hosting gig.

“NBC has long been the home to two of the funniest people on the planet — Tina Fey and Amy Poehler — and we didn’t want to wait any longer to share the great news that they’ll be hosting the Globes once again,” said Paul Telegdy, Chairman, NBC Entertainment.

The comedy duo previously took the awards stage to host in 2015 and according to Amy Thurlow, President of Dick Clark Prods, “Tina and Amy have provided Golden Globes viewers with some of the most memorable moments the show has ever seen.”

We can’t wait to see the dynamic duo return to the stage next year. We’ll certainly be in for a few laughs.

Although the date for the 78th Annual Golden Globe Awards ceremony have not been announced yet, make sure to watch this space.

Until then, find out who’s up for a BAFTA nomination.