The return of the upper east siders 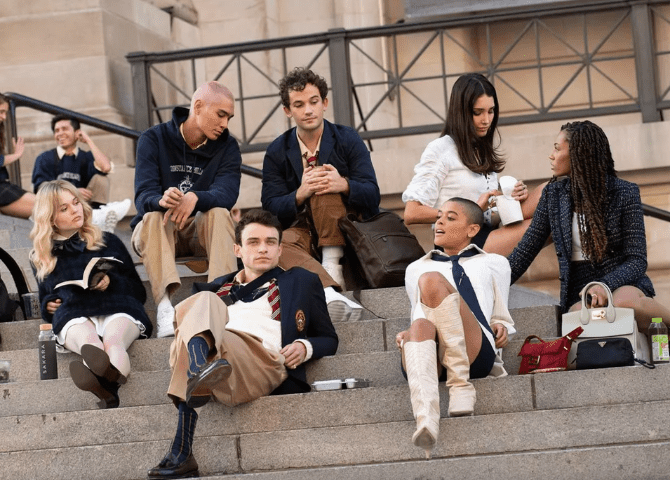 Everything you need to know about Gossip Girl 2.0

How good nostalgia is for us is up for debate. Though, one thing is for certain: it’s more popular than ever. Over the course of the pandemic, pop cultural consensus has favoured old faithful classics, from Y2K style for the Depop generation to the Friends reunion. For millennials, the cornerstone of noughties television, Gossip Girl, is being rebooted this year for a new set of eyes.

For the uninitiated, first time around? Over the course of a six-season run, GG wowed audiences with a voyeuristic and hedonistic view into the lives of Manhattan’s elite. To mark the show’s 2021 remix, bringing a new batch of the Upper East Side’s most indulgent teens, here’s everything you need to know:

SO, WHAT TO EXPECT?

The show’s plot is somewhat vague, but is set to be a revitalized version of the original plot (there will be 10, one-hour long episodes). According to screenwriter Joshua Safran, this is “a new look at this particular society in New York”, taking into account how life has changed over the years with the rise of social media and changing values.

LET’S TALK ABOUT THE CAST

The new cast is visibly more diverse than its original. The line-up of actors includes Jordan Alexander, Zion Moreno, Savannah Smith, Evan Mock, Tavi Gevinson (throwback to the Style Rookie!), and Thomas Doherty, amongst others. Character personalities include a queen bee, a committed couple, an influencer and her herd. And – icon status incoming – original cast member Kristen Bell – the voice of Gossip Girl herself – is back narrating the new show.

Of course, no conversation about Gossip Girl can be complete without a forensic analysis of the fashion. Happily, the original show’s costume designer, Eric Daman, has made a comeback for the reboot. The signature clothes seem to be OTT preppy private school: think plaid skirts, headbands, and knee-high velvet boots. Other new-age looks, however, take the shape of athleisure-inspired concoctions and more comfortable ensembles (a tote bag or two have been spotted). The clothes are sure to be an elevated version of Blair and Serena’s wardrobes, just as the plot itself is.

Welcome back to the Upper East Side. XOXO.

HBO Max ordered the official reboot, with the episodes airing initially on the platform starting on July 8, 2021. In the UK, BBC 1 acquired rights to display the show later this year.