Shonda Rhimes has eight shows in the works for Netflix

Here’s what you’ll be binge watching next
July 23, 2018
Maddison Glendinning 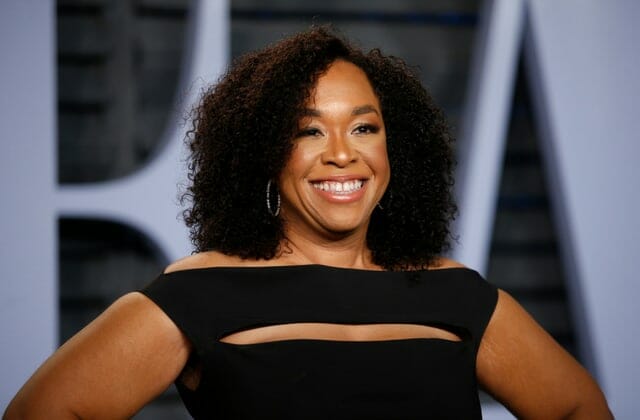 Wondering what you'll be watching on Netflix next year? Shonda Rhimes has the answers...

Shonda Rhimes isn’t resting on her laurels, though with hits like Grey’s Anatomy and Scandal under her belt she very well could. Instead, the famed screenwriter and producer is putting her pen to work as part of her new contract with Netflix.

A year ago it was announced that Shonda was moving from ABC to Netflix in a whopping Dhs550 million deal. Now, details of just what that means for those of us partial to a bingewatching session have emerged. As part of the new deal, Shonda is currently working on a total of eight series.

Here’s what we know of each of them so far:

The first show that’s in the works is based on the life of New York-based con artist Anna Delvey in what sounds like an Ocean’s 8-meets-How To Get Away With Murder situation that we’d be totally down for.

The Warmth of Suns

Mad Men‘s Janet Leahy is already signed on to create and executive produce Pico & Sepulveda, which will depict Mexican California during the 1840s. According to a press release it is “set in the 1840s against the surreal and sensual backdrop of the then-Mexican state of California” and “tracks the end of an idyllic era there as American forces threaten brutality and war at the border to claim this breathtaking land for its own.”

This one will be based on Ellen Pao’s memoir, Reset: My Fight for Inclusion and Lasting Change, which tells the story of the challenges women face in the workforce. In the #MeToo era, we think this one will be particularly poignant.

Shonda will also adapt Kate Andersen Brower’s non-fiction book, The Residence, which delves into the lives of those living in the White House. Could this be Scandal 2.0?

According to a press release on the show, the series follows a group of “teenage girls at sleepaway camp who must then summon their moxie and survival skills to weather the fallout and ensure all that remains of humanity abides by the Sunshine Scout Law.”

This will be a documentary that offers viewers a behind-the-scenes look at the Debbie Allen Dance Academy’s interpretation of the famous ballet The Nutcracker. Olivier Bokelberg, the director from Scandal, is on board to direct and produce this series too.

Speaking of her new projects, Shonda said, “I wanted the new Shondaland to be a place where we expand the types of stories we tell, where my fellow talented creatives could thrive and make their best work and where we as a team come to the office each day filled with excitement. Ted [Sarandos] and Cindy [Holland] and everyone at Netflix have been incredible partners in making that happen. This is Shondaland 2.0.”

Now, see who’s been nominated for an Emmy this year.