There's just so many choices
May 4, 2018
Meeran Mekkaoui 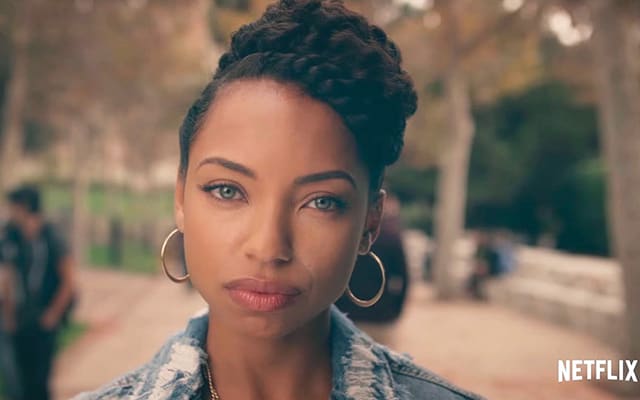 Another month, another new list of must-see films and shows. Take a look at what Netflix has to offer here...

ith Ramadan officially upon us this month, it’ll be easy to stay in all day curled up on the couch whilst waiting for iftar once the sun goes down. Thanks to Netflix, staying indoors will be easy due to its new monthly listings that feature a selection of exciting movies, TV shows and original programs. In case you need a little help deciding what to add to your must-watch lists, here are the top five choices to binge-watch this month…

This drama/mystery film was one of the largest films released in 2008 and of course, it was a hit due to its stellar cast of Hollywood heavyweights including Dennis Quaid, Zoe Saldana, Matthew Fox and Forest Whitaker. The politically-charged action thriller tells the story of an assassination attempt on the U.S. president through several different witnesses until one tourist steps forward with his camcorder, which he believes contains an image of the shooter.

Netflix Originals are always so on-point and there’s a new one that is set to launch this month. The Danish show falls under the science fiction, fantasy and mystery genre, and tells the story of two young siblings who struggle for survival after a brutal virus wipes out most of Scandinavia’s population. Along the way, the two characters find young survivors seeking for answers in the post-apocalyptic world.

One of the most stylish comedy shows at the moment is back for another season. Based at Winchester University (an Ivy League college), the show follows a group of coloured students who face social injustice, cultural bias and misguided activism, but looks at these brutally honest issues in a humorous way.

Netflix has called its new original “exciting”. Titled Manhunt, the action-meets-adventure-meets-thriller film follows a pharmaceutical lawyer who ends up being framed for an unpleasant crime. His plan is to then partner up with a sharp detective and together, stop a dangerous corporate plot.

5. My Next Guest Needs No Introduction With David Letterman: Tina Fey

My Next Guest Needs No Introduction With David Letterman is an American TV talk show hosted by none other than David Letterman himself. Consisting of a series of exciting interviews with some of the world’s most powerful figures (one guest per episode), Letterman explores topics of his own and has previously sat down with former US President, Barack Obama, Jay-Z, George Clooney, Malala Yousafzai and this month, will see Tina Fey appear.

My Next Guest Needs No Introduction With David Letterman: Tina Fey will air on May 4, 2018.

Now, read some more exciting news about how Alexis Bledel and Blake Lively are trying to make ‘Sisterhood of the Travelling Pants 3’ happen.