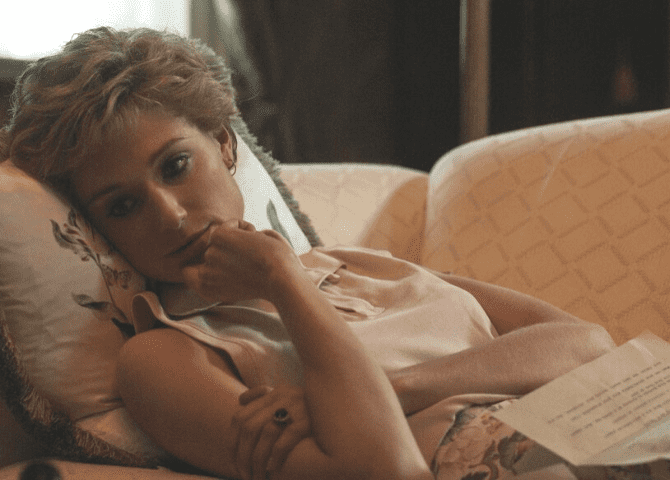 The first images from season five of the Netflix drama have been released...

Netflix has (finally) released the first official images from season five, showcasing Elizabeth Debicki and Dominic West as Princess Diana and Prince Charles. In the photo (above), Debicki lies on the couch and bears a striking resemblance to the People’s Princess whilst West appears as Prince Charles standing in a brown two-piece suit looking distraught.

The upcoming season is set to explore the events that occurred in the 1990s – from Sir John Major’s tenure as Prime Minister to *that* controversial BCC Panorama interview with Princess Diana.In August 2020, it was revealed that Debicki would be taking over Emma Corrin, who earned herself several accolades for playing Princess Diana. “Princess Diana’s spirit, her words and her actions live in the hearts of so many,” Debicki said in a statement. “It is my true privilege and honour to be joining this masterful series, which has had me hooked from episode one.”

The last season of the show (Season 4) received a slew of nominations – 24 Emmy nominations alone – and we all can’t wait for the upcoming season. According to Variety, it will not premiere until sometime in 2022 as filming for the fifth season began this month.