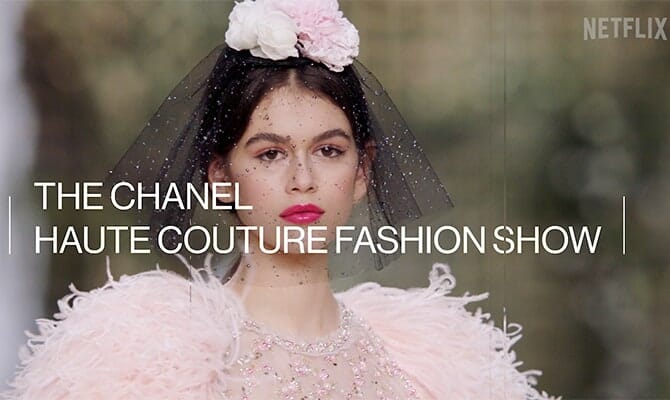 You finally have a chance to see what Karl Lagerfeld has to go through just days before presenting a new collection show...

It’s officially the holiday season and that means endless hours of binge-watching our favourite shows on Netflix. And what better time to stay in and watch a special on Chanel’s Spring/Summer ’18 couture show.

Earlier this week, the online streaming program launched a new documentary series called 7 Days Out, which offers an exclusive look into some of the most exciting historical and cultural events that span fashion, food, space, sports and entertainment. It was directed by Andrew Rossi, the acclaimed creative behind The First Monday in May.

Covering the fashion aspect of the series, Rossi directed the episode that highlights Chanel’s Spring/Summer ’18 Haute Couture show in Paris and the days leading up to the extravagant presentation.

Press play and you’ll be given an inside look into King Karl’s vision and how his team brings his creativity to life. Each episode of the 7 Days Out series will feature seven days in the life of the esteemed Creative Director.

7 Days Out is now available on Netflix.