‘BRING IT ON’: A SEQUEL IS COMING 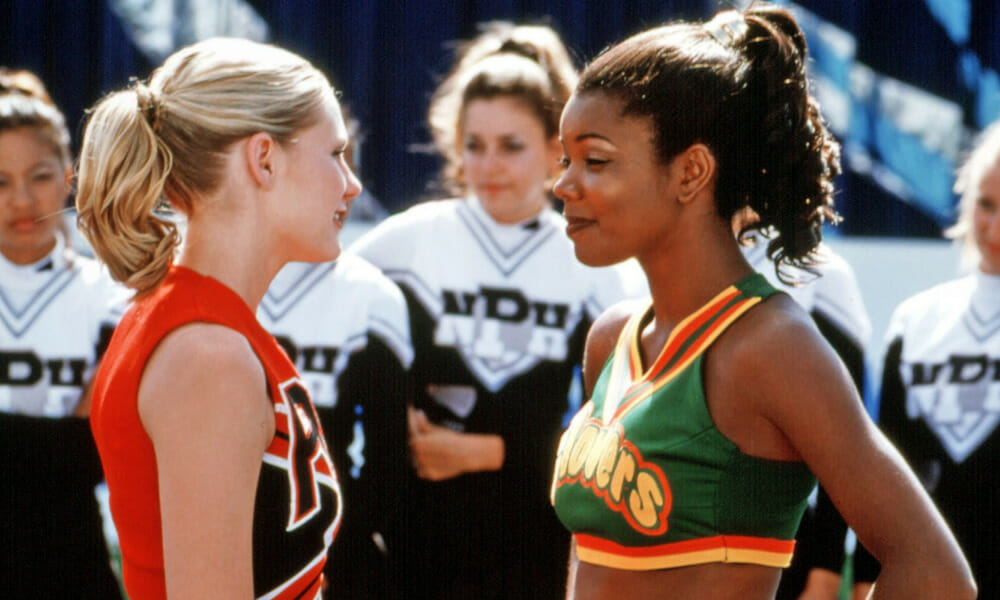 Gabrielle Union is developing a 'Bring It On' sequel about the Clovers...

Some of the biggest Hollywood movies are like time capsules – think ’10 Things I Hate About You’, ‘The Matrix’, ‘The Devil Wears Prada’. These films continue to nail the ever-so-memorable Y2K era and we could watch reruns all day (every day).

It’s been over 20 years after ‘Bring It On’, another classic debuted in theatres and now, we’re getting a sequel courtesy of Gabrielle Union, who portrayed Isis in the classic film. Revealing the news to Entertainment Tonight, the award-winning actress said: “We’ve been developing a sequel that centres on the [Clovers],” she says, referring to the East Compton cheerleading squad her character is the captain of in the original film. “We are working on it.”

The confirmation comes after rumours sparked on a sequel last year when Union tweeted about the film’s 22nd anniversary: “Hmmm, so Isis might have a teenager.”

The film taught us so much. There were the Toros and the Clovers demonstration on how to handle competition gracefully, plenty of tailored skirts to an appropriate length, achingly cool routines and of course, spirit fingers. Here’s hoping to see the next generation of cheerleaders kill it on stage (and on our screens).

ALSO READ: THE RETURN OF RIHANNA IS COMING (SOON).