A documentary on Balmain’s Olivier Rousteing is in the works 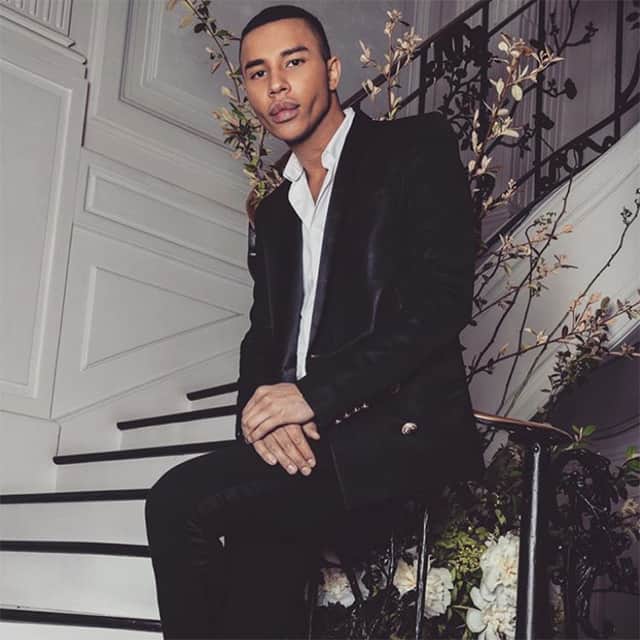 One of the coolest fashion designers of our time is releasing a documentary about his life story. Here's what we know so far...

In the past few years we’ve seen several biopics that have highlighted the lives of some of the world’s most interesting designers including Zac Posen, Martin Margiela, Vivienne Westwood and Alexander McQueen (the first trailer for the documentary was released last month) and now, we’ll get to take a closer look at fashion prodigy Olivier Rousteing.

The Balmain fashion designer (who made headlines during the Cannes Film Festival by showcasing his support for racial inclusivity) is the subject of a new film that will combine his personal and professional lives, as well as give us insight into what it was like growing up with his adoptive parents in Bordeaux, France.

The documentary (which is due for release next year), will also highlight his success story and the struggles he encountered on the way.

Speaking to WWD about the upcoming documentary, Rousteing said: “It’s going to be a beautiful message, it’s going to be a big thing. A documentary about my life when I’m only in my 30s, it’s a bit like when I had to do the collaboration with H&M based on Balmain’s DNA when I’d only been at the house for like four and a half years. I’ve been at Balmain for eight years now, it’s not like Mr. Valentino or Pierre Cardin, but that’s interesting as well because I feel sometimes that my life is like a [fashion paradox]; I feel misunderstood sometimes.”

No official release date has been released yet although it is expected to be released next year. Stay connected to Buro 24/7 Middle East for more information.

Also, did you know that Legally Blonde 3 might be happening? Here’s what we know so far.