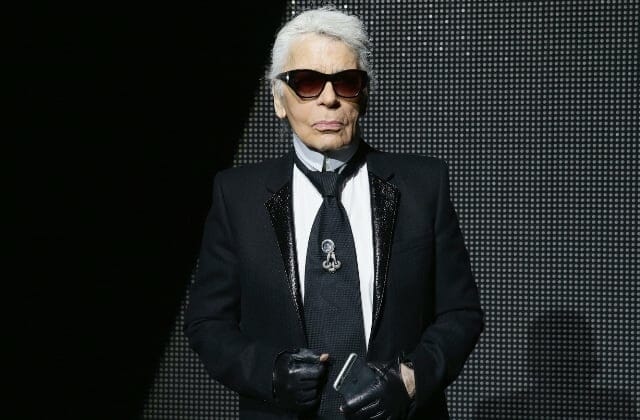 Karl Lagerfeld passed away at the age of 85 last month. And now, there's talk of an 'unconventional' biography coming our way. Well, we knew that this would happen at some point...

It’s been just over a month since Karl Lagerfeld passed away at the age of 85 and a lot has happened since then. The king of couture was laid to rest in a privacy ceremony, searches for Chanel increased by 1,351 per cent in the wake of his death and Chanel muses, Penelope Cruz and Cara Delevingne walked the runway for Chanel’s epic (and of course, Karl’s last) F/W19 show during Paris Fashion Week last month.

And now, just like we anticipated, there’s going to be a biography written about him. Now, of course, there’s already quite a bit of literature surrounding his name but this one, set for a 2021 release, is going to be ‘unconventional’.

According to WWD, William Middleton – a former Paris bureau chief of WWD and W magazine and author of Double Vision about the powerful art-world family headed by Dominique and John de Menil – has just signed a book deal with HarperCollins to pen the book on Karl Lagerfeld and how he came to be such a cultural icon.

It turns out, Middleton had a strong and long-standing relationship with Lagerfeld, dating back to 1995 when he worked with him on several stories – from that point onwards, a friendship developed.

In a comment he said, “I don’t think the history of Karl is the most interesting part. There are some elements of his past that are interesting. But it’s really what he turned himself into that’s so fascinating. I didn’t want to do a normal biography.”

He’s guesstimating that this book will be around 250-300 pages long with images (as opposed to Double Vision which was a stonkingly big 675 pages!) and after a rather “nice advance” Middleton will be moving to Paris to write the book.

But so far, there’s no cooperation from Chanel (where Lagerfeld was Creative Director for 34 years), despite Middleton’s approaches. That’s not to say they won’t cooperate, it means it hasn’t happened yet.

Middleton projects a 2021 release with fresh new angles on the legendary fashion icon, who for a lot of his career was pinned rather harshly for his demeanour. But after spending a lot of time with the designer as he prepared for his RTW and Haute Couture shows, Middleton will give us unprecedented access to what he was really like.

Now, find out about the run times for Game of Thrones season 8.