A handy guide to the noteworthy events
January 28, 2020
Dina Kabbani 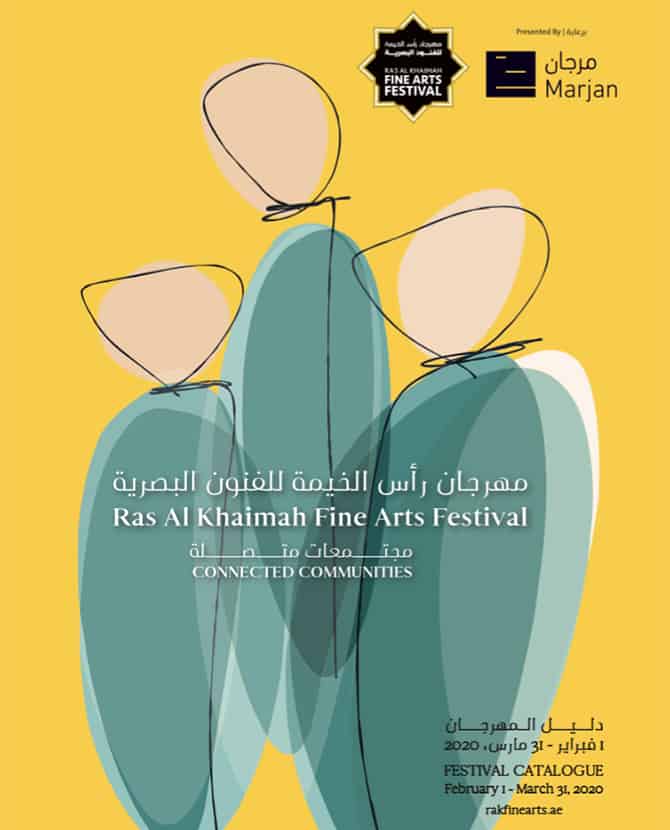 Here’s what we’re most looking forward to…

In recent years, the UAE has managed to cement itself as a hub for art and design in the region, making an ambitious mark on the Middle East’s cultural landscape through annual events aimed at promoting creativity in all its forms. From the Emirates Airline Literature of Festival to monthly film screenings at Alserkal Avenue and the ever so popular SIKKA Art Fair, the art world is blossoming in Dubai, Abu Dhabi, Sharjah, and even in Ras Al Khaimah.

Yes, the burgeoning emirate, just an hour’s drive from Dubai, has a thriving arts scene and one of this year’s most anticipated championing local talent and regional artists. Returning in its 8th edition in the historic village of Al Jazirah Al Hamra, the Ras Al Khaimah Fine Arts Festival (RAKFAF) will kick off on January 31 with more than 100 artists participating from across 33 countries in genres such as film, photography, craft and visual art.

An initiative of the Al Qasimi Foundation, this year’s edition marks the first time the festival has been organised around a central theme, which sees Connected Communities explore the many ways people build relationships with others, their surrounding environments, and the natural world. Through art in all its forms, RAKFAF hopes to bring to life the many profound ways we as humans experience community and the collective power they have for shaping our small, respective corners of the globe.

Among the local Emiratis artists exhibiting are Mohammed Al Suwaidi, Azza Al Qubaisi and Nesa Al Shehhi; the trio have teamed up for the festival, curating a special visitor experience in Bayt 5.

Another highlight of this year’s festival is an exhibition featuring select works from Kiliii Yuyan, the award-winning Chinese-American photographer known for his documentation of the lives of indigenous people across the Arctic. Pieces from Kiliii’s People of the Whale and Women of the Iditarod series are not to be missed.

Part of the festival’s programme is its film grant, a modest start-up funding of 25,000 AED used to fund short films on topics relevant to the UAE and the Gulf region. This year’s 2020 recipient is Hamad Abdullah Saghran, an Emirati freelance filmmaker from Ras Al Khaimah, who will present Synopsis: And What‘s Next? – a 20-minute documentary about the lives of retired people. Other short films from across the region will also be screened for the duration of the festival.

For more information on RAKFAF and the full schedule of events head to rakfinearts.ae

Now, find out how you can see Coldplay, Billie Eilish and more in Dubai this September.