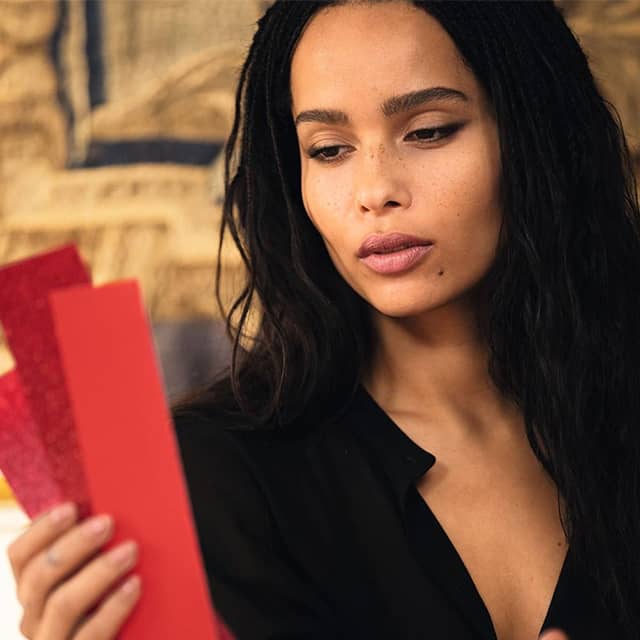 Zoë Kravitz is furthering her partnership with YSL Beauty by launching a lipstick collection...

It’s been two years since Zoë Kravitz joined the YSL Beauty family as its brand ambassador, and ever since then, the Big Little Lies actress has landed herself major gigs with the luxury brand, including being the face of its now-signature fragrance, Black Opium.

Now, it looks like the Lenny Kravitz-offspring is furthering her relationship with YSL Beauty as they’ve joined forces to create a range of lipsticks — just in time for a new season.

Also, the lipsticks — which come complete in a sparking black matte packaging similar to Kravitz’s favourite black YSL purse — are named after people close to the actress. For example, Wolf’s Red is named for her stepbrother, Scout’s Red is for her dog and the three nude shades are named after her grandmother (Arlene) and godmothers (Maris and Honey).