Ready for round two? Mario Dedivanovic and KKW’s hint at a second collection drop 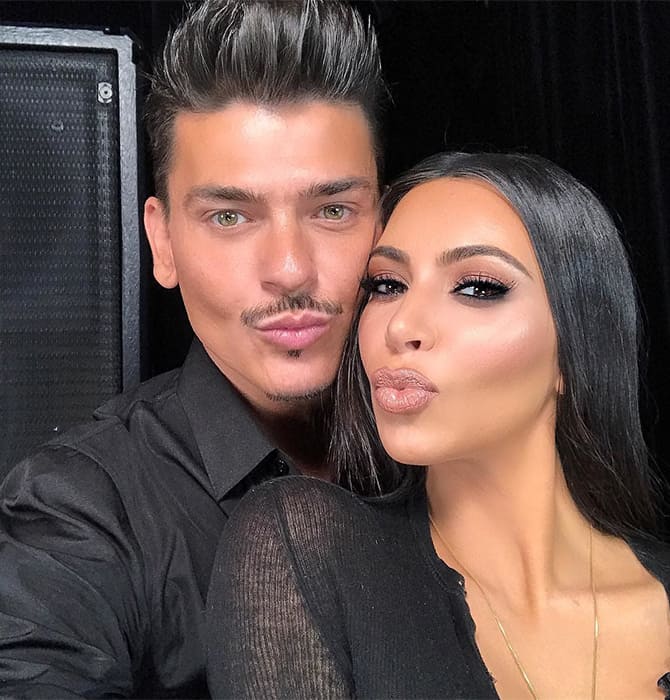 The beauty power duo tease fans with pictures of their latest collaboration. Here’s what to expect…

If you’ve really been keeping up with the Kardashian’s, chances are you know everything there is to know about the dynamic duo that is Mario and Kim; the makeup artist and makeup mogul have been working together for over a decade, collaborating on not only their legendary makeup masterclasses but also a coveted makeup line of a 10-pan metallic eyeshadow palette, soft peach nude crème lipstick and two high shine glosses, which launched and sold out in April of 2018.

And guess what? They’re back at it again! Following his sneaky announcement back in July, where Mario Dedivanovic posted a photo on Instagram while doing Kim Kardashian’s makeup, asking his followers if they were ready for another KKW x Mario collection, captioning it, “Focused and busy. We are usually both very focused on work and don’t chat too much during glam. The caption,Unless we’re making fun of each other @kimkardashian. Are we ready for a #KKWxMARIO 2.0 collection?? @kkwbeauty.”

He’s giving fans, once again, the ultimate tease that Kim and him may indeed already have something else in the works thanks to a cheeky five-minute IGTV video he posted in honour of the beauty guru’s 39th birthday. Fans though, couldn’t help notice how the duo filtered the video to black-and-white, with many speculating that they did so to not-so-secretly debut products from their second drop.

If the speculation is true, the video shows that the release will include an all-new eyeshadow palette along with lipsticks, lip pencils and possibly more. Stay tuned…