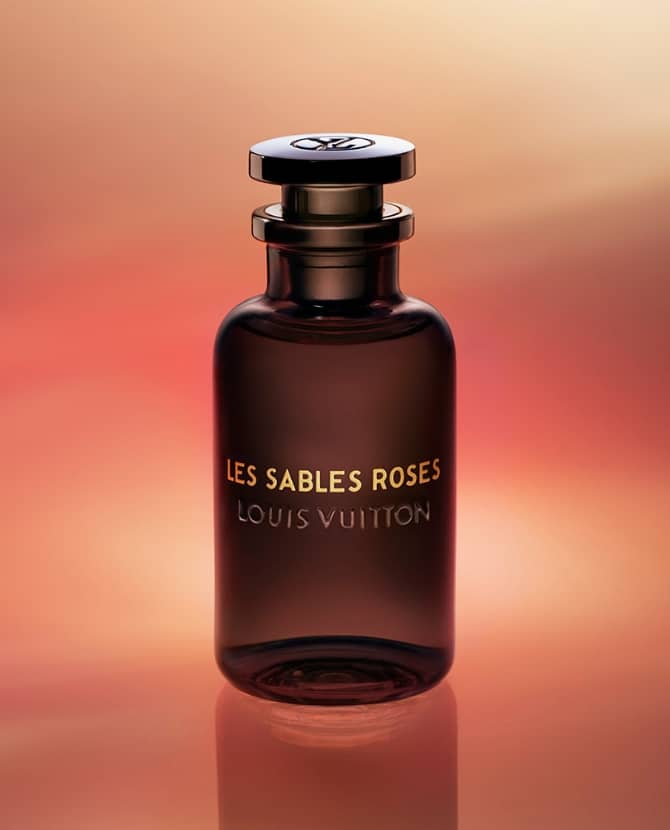 Following on from the house's Ombre Nomade, this new fragrance by Louis Vuitton is composed of rose, oud, and ambergris. And it's unbelievably powerful...

The kind of perfumes we love are the ones that waft endlessly into the next day. Or the ones that stay put on your clothes even after a few washes. Honestly, there’s nothing worse than a perfume that has a one-hour scent shelf life…right?

Well, we’ve found the kind of eternal trail we’re after in Louis Vuitton‘s latest fragrance, Les Sables Roses – which is basically the Middle East in a bottle. Here’s why…

– Master Perfumer Jacques Cavallier Belletrud’s Les Sables Roses is an ode to the magic of the Arabian desert, which means it’s as dreamy, lush and expansive (in scent) as you’d imagine.

– The rose gives it a contemporary spark while the oud keeps the ancestral element alive.

– And if you want to power up the scent even further, you can totally layer Les Sables Roses with the previous fragrance, Ombre Nomade, which already has a strong oud base. Because let’s face it, one is never really enough.

Les Sables Roses is Dhs1,500 for 100ml and Dhs2,200 for 200ml. It will be available from 18 April at select Louis Vuitton stores and at louisvuitton.com

Until then, find out why Guerlain’s perfumer Thierry Wasser finds happiness in the Middle East.