The queen of social media is back!
February 28, 2018
Meeran Mekkaoui 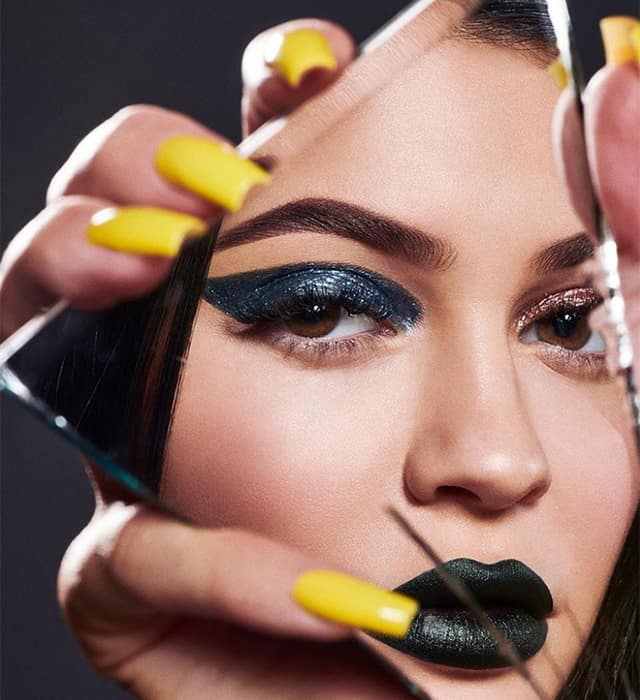 Kylie Jenner was just spotted posing in front of the lens for the first time since becoming a new mum. Here are the details...

Earlier this month, Kylie Jenner announced that she’d given birth to a baby girl with a beautiful home video and the announcement (almost) broke the internet.

After not being seen in public for at least six months, the new mum finally came back with an adorable image of the newborn on Instagram and revealed that the youngest member of the Kardashian/Jenner family is named Stormi Webster.

Now, it seems like the reality star-turned-beauty mogul is going back to her old ways by constantly updating her social media page (she even shared that she doesn’t use Snapchat anymore which helped wipe Dhs4.7 billion from Snapchat shares earlier this week).

In less than a month since giving birth, the 20-year-old revealed a photoshoot for her newest beauty range, titled Weather Collection, to promote its colourful palettes inspired by her daughter. On her Instagram Stories, Jenner said: “So, before I open my newest collection I just wanted to tell you guys a little bit of the background. I worked on this pretty much my entire pregnancy. And right after we chose Stormi’s name, her name really inspired me.”

Posing in two new images, the Keeping Up With The Kardashians star showcased Glitter Eyes eyeshadow in Violet Moon on one eye, Twinkle Twinkle on the other, complete with matte Nightfall lipstick. In the other picture, Jenner complemented a shimmering emerald green eyeshadow with light pink shimmery lipstick.

Also, find out four revolutionary skincare products you need to add to your beauty kits now.