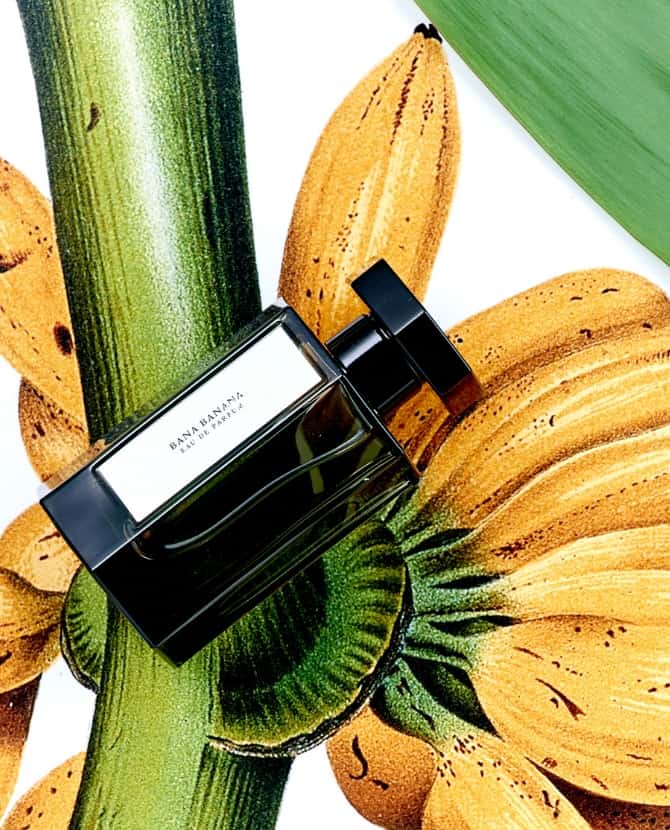 The nose behind Bana Banana by L'Artisan Parfumeur is Céline Ellena. She speaks to Buro. Middle East about the Oriental floral fragrance and how the stories told in artisan perfume are like no other...

What would you consider the signature of Bana Banana?

An amazing, impertinent and yet familiar perfume … a sweet and obvious elegance which is never dull.

Where do you look for inspiration?

The original story: costume ball chic. Ultimately, an elegant perfume and a signature that is notable.

Is there something mystical about creating a perfume?

No, I don’t think so! On the other hand, I love to tell incredible stories that can be captured in a bottle. I am a storyteller of smells.

What do you think about the ‘L’Artisan Parfumeur’ phenomenon?

L’Artisan Parfumeur is a brand a part from the start! It is part of a romantic world: a little extravagant, where the natural flirts with the imagination. Beautiful ingredients, beautiful scented stories … and emotions.

From a playful and impertinent story, the costume ball at the Folies Bergeres, I imagined a care-free fragrance, but each ingredient evokes the beauty of perfumery. The haute couture silhouette is a powerful amber accord, and the accessories are captured by the modern Jasmine-Banana couple. A fragrance that plays with both history and fashion.

How did you create a fragrance that is representative of the L’Artisan Parfumeur brand?

Generosity originality and respect of the beautiful natural ingredients.

How do you know when a fragrance is ready?

When everyone has a smile upon discovering my creation!

Why does Paris dominate the fragrance industry?

Paris has been at the origin of fashion for several centuries. When the chemistry and culture of flowers in Grasse came together at the end of the 19th Century, great names in perfumery emerged, such as Coty and Guerlain. After which Paul Poiret was the first “Couturier” perfumer, soon imitated by Gabriel Chanel, and then others who have followed in their footsteps up to the present day…

What should a great perfumer be?

It’s hard to say! There is no way to be, or a single truth. Listen to others, be curious, take the time and trust your inner voice!

How has Bana Banana evolved from 1976 to meet your new vision?

No idea! The formula has unfortunately disappeared. I had all the freedom and the immense pleasure reinventing by imagining its original creator, Mr. Jean Laporte, at work. I hope he would have been happy with the modern incarnation of Bana Banana if he had the opportunity to smell it now.

Now, get a whiff of Penhaligon’s new perfume which will make you smell like a boss.