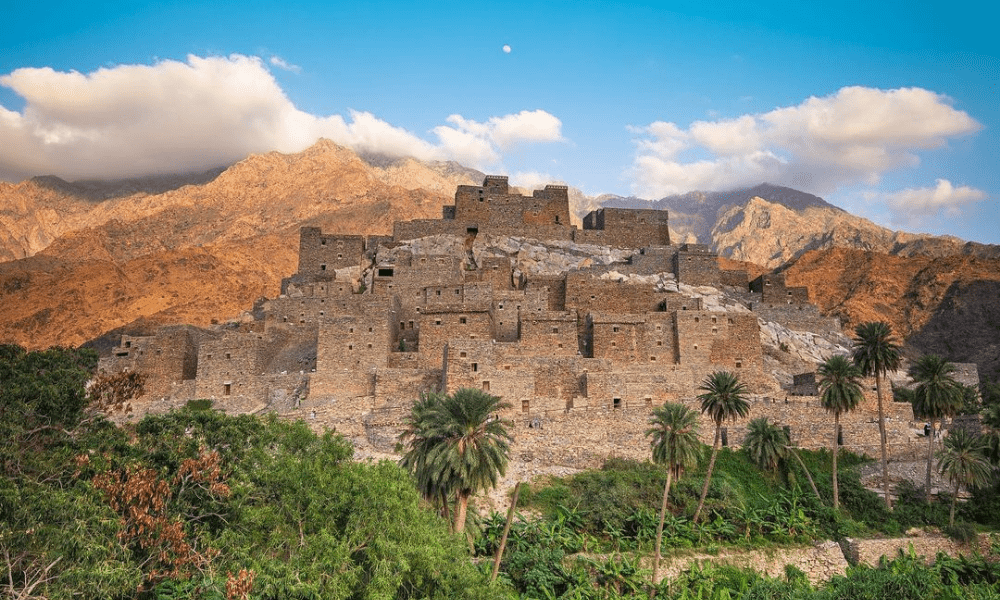 Get to know the four cultural and natural UNESCO World Heritage Sites in the region...

The Middle East is widely known for its remarkable heritage, diverse cultures and rich traditions. With plenty of unique historical and geographical elements, UNESCO has recognised a plethora of our sites as world heritage sites for their irreplaceable value to mankind. Not only do these World Heritage Sites make up an important part of the region’s DNA, but they also offer amazing sights and features that you should experience at least once in your life. Below, we’ve listed four around the GCC that make the perfect travel plans for a weekend getaway…

Formerly known as Hegra, Saudi Arabia’s Al-Hijr Archaeological site is the first World Heritage property to be inscribed in Saudi Arabia – and rightfully so as it is beautiful. With the remains of a 2,000-year-old city founded by ancient Middle Eastern people in pre-Islamic times, the site is the largest conserved site of the civilization of the Nabataeans south of Petra in Jordan. It features well-preserved monumental tombs with decorated facades dating from the 1st century BC to the 1st century AD. People around the globe jet-setted to the country just to see the site.

The UAE is home to some of the most incredible architectural structures and buildings you’ve ever seen, and when it comes to natural sites, you’ll be swept away by its mountainous coast and desert oasis. But, there’s one particular property that is so remarkable that it has been dubbed a UNESCO World Heritage Site. The Cultural Sites of Al Ain (Hafit, Hili, Bidaa Bint Saud and Oases Areas) are each incredible, ancient sites that echo the stories of prehistoric culture and human occupation in this desert area since the Neolithic period, inviting you to literally step into the past.

If Bahla Fort isn’t on your list of top things to do in Oman, it really should be. The oasis of Bahla Fort is one of the country’s UNESCO World Heritage Sites and not only is it an impressive experience to take part in, but the fort is also affordable and beautiful to visit. A little backstory, Bahla owes its prosperity to the Banu Nebhan, the dominant tribe in the area from the 12th to the end of the 15th century. The ruins of the immense fort, with its walls and towers of unbaked brick and stone foundations, are a remarkable example of this type of fortification and attest to the power of the Banu Nebhan.

Al Zubarah was once known as a coastal town that was a hub for pearling and trading across the Indian Ocean, Arabia and Western Asia in the late 18th century and early 19th century before it was destroyed in 1811. Today, it offers an outstanding testimony to an urban trading and pearl-diving tradition and is now Qatar’s largest heritage site with an impressive city wall, ancient residential palaces and houses, markets, industrial areas and mosques.