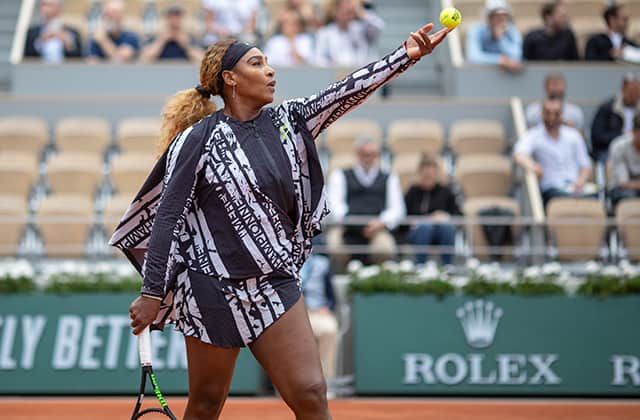 The French Open banned her catsuit last year so Serena is back, and she made a clear statement...

Earlier this month, the French Open kicked off and we were certain we were going to see Serena Williams — not least because she is an actual tennis champion but because we knew she’d be back to make a statement.

So, as she returned to the Open this year, she turned to fashion’s man of the moment, Virgil Abloh for help. The Louis Vuitton menswear and Off-White designer created an ensemble that perfectly reminded the world of who she is.

Wearing a black and white Off-White x Nike jacket, a sports bra and skort to warm up at Roland Garros ahead of her match against Russian tennis player Vitalia Diatchenko, Williams fronted the words “Queen,” “Champion,” “Mother,” and “Goddess” — all of which appeared on the custom-made pieces.

Let the Roland Garros begin. Here is my French Open look designed by @virgilabloh and @nike.

And if that’s not sending a message, we don’t know what is.

Also, she won that match — just FYI. You go girl!