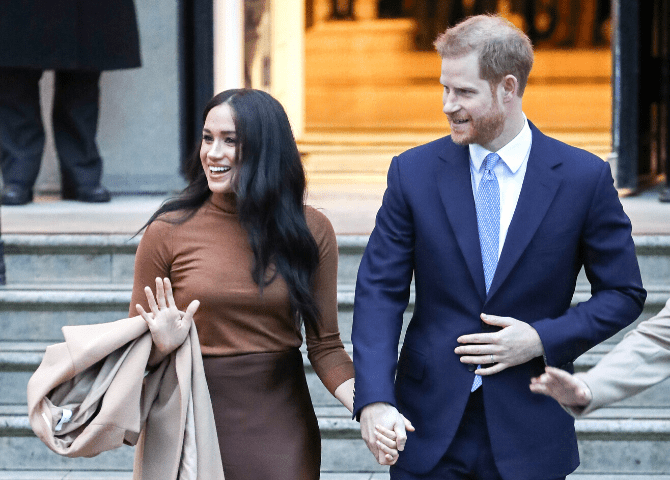 We're about to see the Duke and Duchess of Sussex back with other members of the royal family...

The final stretch of Prince Harry and Meghan Markle’s royal duties are set to take place this week before they official bid adieu to working alongside members of the royal family.

From March 5-9, we can expect Harry (as he wants to be called now) and Meghan to be in London for a series of engagements which include the Commonwealth Day service at Westminster Abbey — which usually sees several members of the royal family present.

It’s not confirmed as to what their schedule is looking like however, WWD announced that the couple will take one engagement per day. On March 5th, Harry and Meghan will attend the Endeavour Fund Awards for wounded soldiers at Mansion House in the City of London, whilst the following day will see Harry going solo to the opening of the Silverstone U.K. Experience with Lewis Hamilton.

Over the weekend, the duo are scheduled to be at Royal Albert Hall for the Mountbatten Festival of Music Festival in aid of The Royal Marines Charity, whilst Meghan will be participating in an event for International Women’s Day on March 8.

This will be the couple’s first joint official royal engagement since announcing their decision to step down from their royal duties. So, make sure to stay tuned!

Now, read more about what’s been rumoured to be Harry and Meghan’s next major deal.